A Victim of Sex Trafficking Speaks 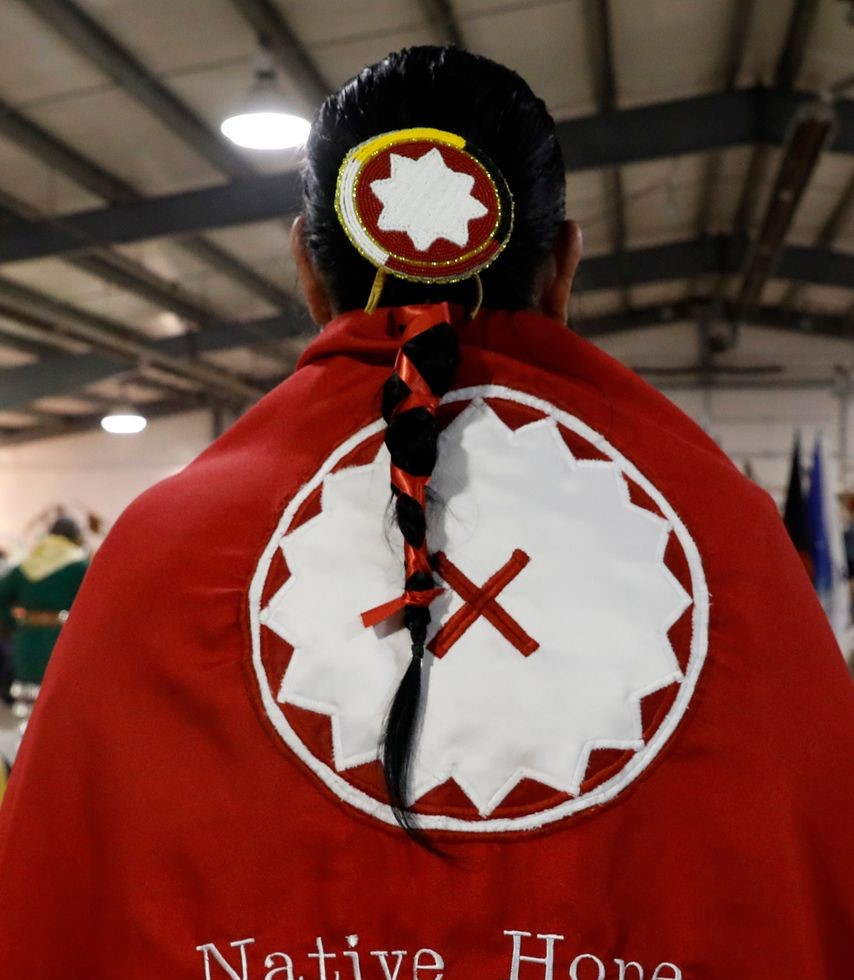 The following story was shared with Native Hope via email by J. Dakotah, a Native American human-trafficking survivor and advocate. Some of the content of this story is sensitive and may cause distress. It has been lightly edited for clarity.

My name is J. Dakotah, I’m Anishinaabe-Ojibwe, Dakota-Sioux and Menominee. I’m writing on behalf of the #StoryTellingHeals movement to share my story as a victim of human trafficking.

I was raised in a Native American environment, an environment that lacked opportunities. Because of that I knew that it was not uncommon to witness domestic violence or substance abuse when the dynamic of family ended up broken, when someone had lost their place of employment, or when someone had to make the hard choices to sell personal possessions of what they had to make ends meet to continue to provide for their families.

Needless to say, I had never imagined a member of my own family would sell their 14 year old or introduce them into the life of human-trafficking. My understanding of family became distorted: I saw that people in crisis do what they need to do to survive, sometimes without regard to the safety or well-being of other family members to be able to feed their addictions. Out of respect for my People, this is not our traditional ways or belief system, but in some cases, it does happen when we lose our path.

My childhood was taken and put into the hands of someone I should have been able to trust, as my trafficker had been praised for his work in his community, but little did his community know that he had been trafficking girls from the nearby Indian reservation. After a few years went by, I had been branded, like the cattle being put up for sale in the stockyards, with a tattoo on my left forearm that showed my trafficker’s ownership, to show those that wanted to purchase me from the streets, who to contact.

I made several attempts to escape my trafficker, but there were always grave consequences. He was a state patrol officer and he knew where to find me at any given time. He often made threats to harm my family, if I chose to disobey his orders and restrictions, and at that point, if there was any hope of surviving this abuse and torture I had to turn the tables and play the cards I was being dealt and be able to play the player at his own game. I learned of my strength and of my resilience in keeping focused and aware of my surroundings.

My trafficker then decided to take me other places, to feed the needs of his clientele, other people who again should be trustworthy, as they took the oath to serve and protect their communities. I was trafficked in three major cities in the United States: St. Paul, Minnesota, Green Bay, Wisconsin, and Chicago, Illinois. The situations that I witnessed taking place in these three locations have changed my perceptions of sporting events to the nth degree.

In 2013, I was able to escape my trafficker, and flee for my life. I was found hanging from my wrists and ankles above the ground in a pole barn, on the reservation not far from where I had been living. According to the medical professionals that found me, I had been hanging for a little over two and a half months, where my trafficker had left me for dead, because of my noncompliance of his wishes. Only at that time, because of losing so much weight, was I able to free myself by sliding my wrists and ankles from the handcuffs and shackles.

I gathered the documentation together to report this to the court system, and appeared in front of a judge. Even though I had more than enough medical documents to show what physical and mental abuse had taken place, the judge stated he did not have enough evidence to convict my trafficker. Because of the fact that several of the criminal events took place on the inside of the reservation, and that my trafficker was non-Native, I soon learned that he would not be prosecuted for his criminal offenses toward me.

I spoke with the tribal council members to find out why this was happening, and why this was not being stopped. Most of the tribal council members had never heard of the term human trafficking or knew that it was even taking place on their tribal lands. As much as it was hard to listen, I understand and respect them. Now that you know, it’s time to make changes and to keep making changes until it’s stopped.

In 2015, after receiving extensive cultural-specific counseling for post-traumatic stress, isolating myself and dealing with day and night flashbacks of the trauma, I found a podcast on the Native America Calling Soundcloud page (episode 12-1-2015 Trafficked) where a woman by the name of Lisa Heth from Wiconi Wawokiya and the Pathfinder Center was explaining about how the Native girls on reservations were ending up and fighting the life of human trafficking. After listening to the podcast, I contacted the Pathfinder Center to ask questions in relation to my escape from my trafficker; they were able to give me sound advice in keeping myself and my personal information safe and informed me of resources that I could use where I was living.

In 2017, I was invited by Case Western Reserve University as a guest speaker for their panel of people with lived experiences of trauma, at the Trauma Informed Care Summit in Columbus, Ohio. This was the first time I ever spoke publicly about what had happened to me; as scared as I was, I felt it was time to speak up and out, turning the self-defeating behaviors and silence into self-inspiring moments.

In 2018, I received my certification from the State of Ohio as a Peer Recovery Support Advocate, specifically for human trafficking, by the Ohio Mental Health and Addiction Services, where I am able to use my lived experience to advocate for others in maintaining their recovery outcomes and facilitate classes for other human trafficking survivors. These survivors receive the formal training needed to use their lived experience to help others recover and have the opportunity to state how they would like to maintain and approach their own recovery journeys.

In 2019, I am in the process of starting my own business not only to help advocate for Native and non-Native survivors of human trafficking, but in a collaborative effort in supporting Native community organizations, like Native Hope, and Native organizations that are focused on keeping alive Native American culture. I plan to support Native organizations that educate tribal members about food sovereignty in gardening programs, sustaining traditional ways of life and their languages, for their tribal members, by donating a continual portion of my business earnings. 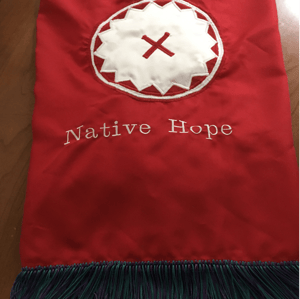 I know that I may never return to what I know as home, for safety reasons so it has been many years since I have danced in a powwow. But I have recently asked Native Hope if I can incorporate their logo into my powwow regalia and was given permission to do so. I believe that what Native Hope has to offer Native communities and other communities world-wide is life-saving. Their work is also extremely beneficial for those that are non-Native: by educating yourselves in understanding what is true, before believing the stigma that surrounds our People. There are many ways to define hope, but for me, HOPE stands for How the Original People Empower. And I know we will continue to do so because we are strong. I am honored and forever grateful to know that there are organizations like Native Hope that are working to bring hope and healing.

Here at Native Hope, we are honored to share the voices and stories of strong Native Americans like J. Dakotah. Help her and help us spread the word that sex trafficking is #NeverInSeason. 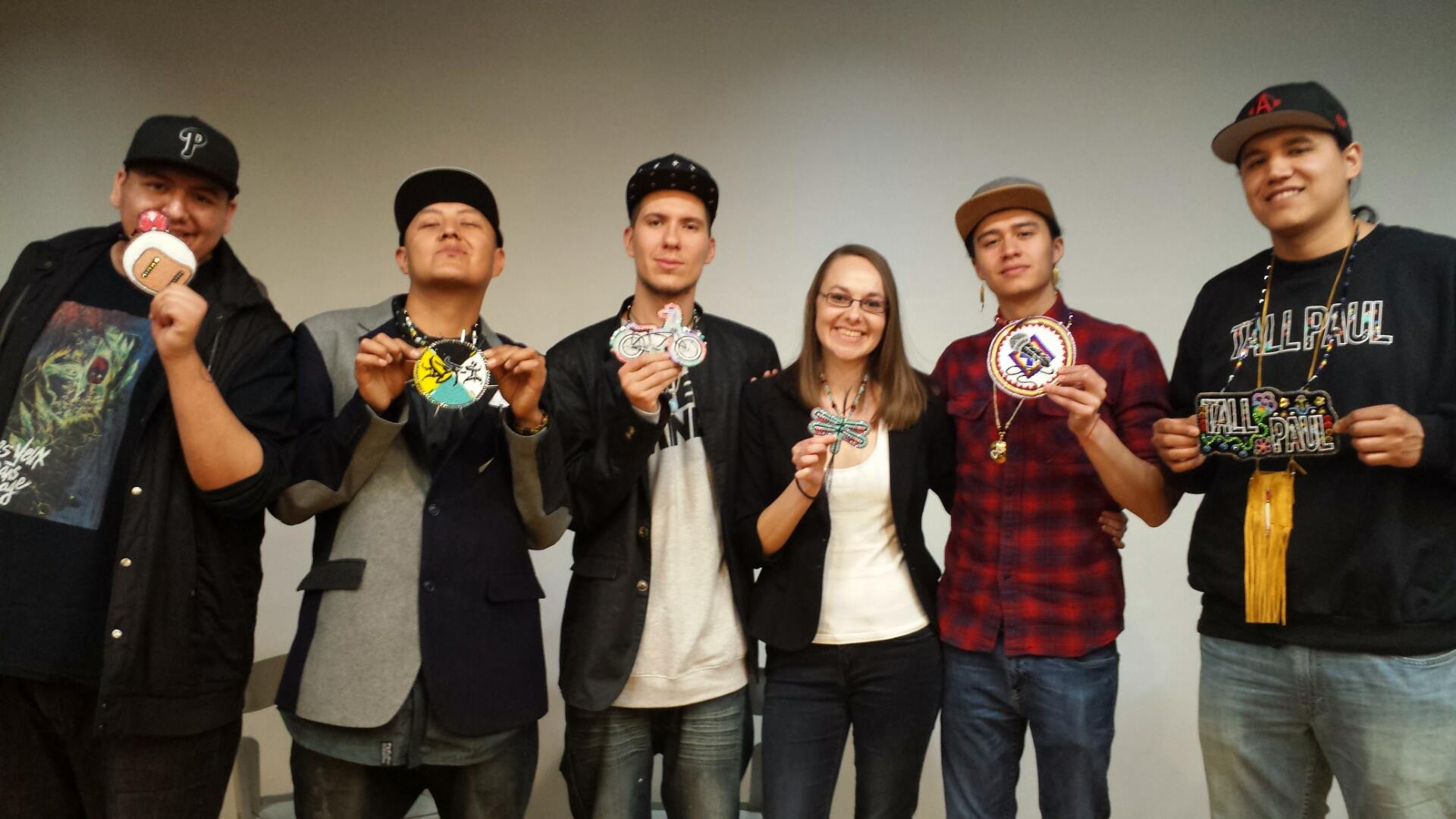 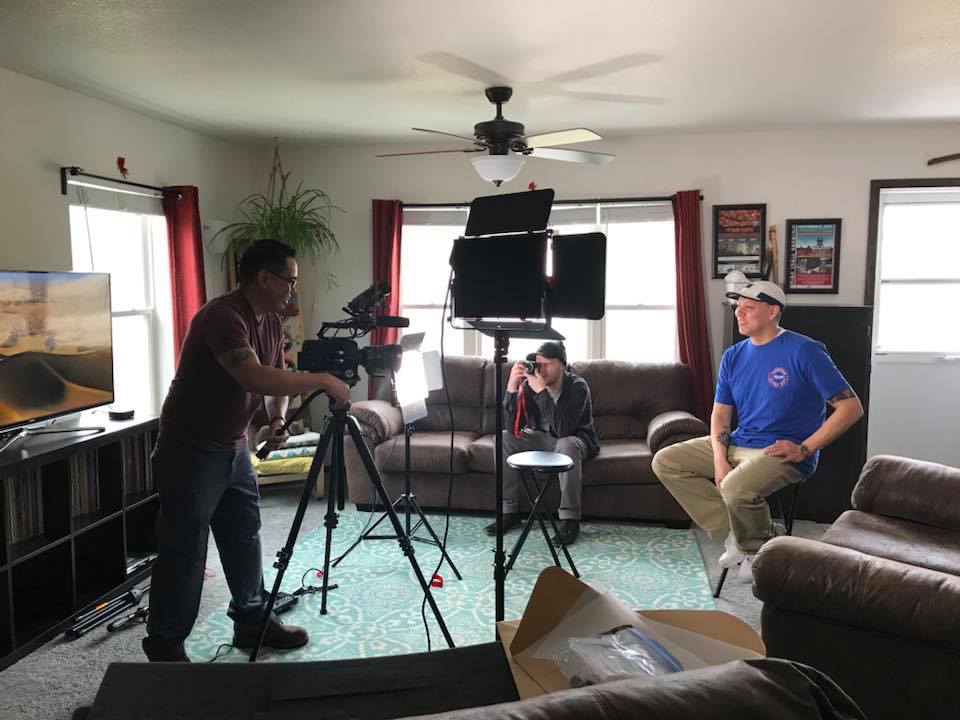 Building a Culture of Endurance: A Video Interview with Dirk Whitebreast