Standing in the Eye of the Hurricane: Learning from Yvonne "Tiny" DeCory 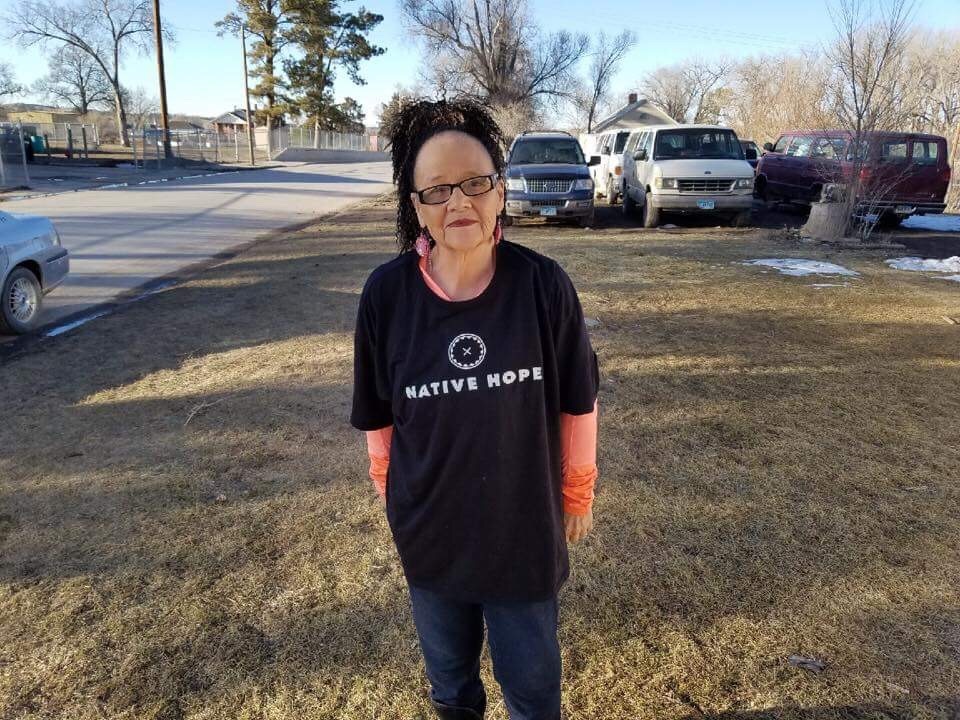 When an unusually high number of suicides occur within a couple of months on a Native American reservation like Pine Ridge, people pay attention for a couple of weeks.

For a while, the news media—local and national—may pick up the story. They’ll talk about how Native American youth are experiencing a deadly hopelessness and despair and how federal funding and support for mental health services on reservations is minimal to non-existent.

They cite the truly tragic statistics.

Then the weeks pass and the media moves on, forgetting the devastating suffering they have seen and reported on.

And our young people are left in the same crushing poverty, family dysfunction, and historical trauma as before.

Despite the occasional media attention, the stats keep rising. What will it take to get at the core of this struggle? How do we help Native youth discover their own dignity, worth, and strength? How do we help them have hope for their future?

There are no easy answers to any of these questions. The barriers for Native American youth are tremendous. But one of our Native Hope fellows, Yvonne “Tiny” DeCory, wakes up every day determined to help young people find their inner strength and overcome the challenges of poverty, trauma, and hopelessness.

24 hours a day, 7 days a week, Tiny keeps her cell phone on so that she’s available in a crisis. Tiny told the online blog, Voting Wars: “my everyday is keeping kids alive...I tell them, ‘Your struggle is real, but we can deal with it.’”

Tiny has been working on suicide prevention among Native youth for the last thirty years in official and unofficial capacities. She and Eileen Janis run the only suicide prevention and mental health outreach center on Pine Ridge Reservation. Their program—Be Excited About Reading (BEAR)—draws together children of all ages to support each other and to have fun with skits, music, and reading encouragement.

Sometimes kids just need a warm, safe place to hang out and food to eat.

The student volunteers that help run the BEAR program are often suicide survivors. Many of them say they are alive because of Tiny and her efforts to reach out to them.

In an interview with the Lincoln Journal Star, Flower, a 16-year-old girl who was rescued after a suicide attempt by Tiny and Eileen, describes them as “the main two that hold the community together.” The BEAR program gave her the space and support to heal from her depression and find new hope.

“It feels good to be around people your age because you know you’re not the only one who felt like that,” Flower says. “There’s no judgment down here.”

Jaden Turning Holy was also talked out of suicide by Tiny DeCory. She says, “[Tiny] means everything to this community.”

Tiny works hard not only to counsel kids herself, but also to teach the young people in the program how to identify suicide and bullying risks so that they can help their friends who are struggling.

She told Indian Country Today, “We get them trained so they are really responsive, and don’t freeze up on me...They have lost too many of their friends and they are not going to tolerate it anymore.”

Now, Tiny is expanding her reach and taking her impact and experience beyond Pine Ridge Reservation. Through her fellowship with Native Hope, Tiny will join a panel of experts at the George Washington University in Washington, D.C. to share about her work in suicide prevention and help educate a wider audience about the barriers young Natives face. The event is entitled “Beyond the Statistics: A Panel Discussion About Native Youth Suicide Prevention.”

Native Hope is committed to supporting the work of Native Americans like Tiny as they fight back against the hopelessness and create positive change. Tiny is just one of the inspiring individuals who know firsthand what it is like to overcome the barriers set before them in order to thrive in the pride and dignity of Native American life.

We invite you to join us and learn more about the life and work of our Native American fellows.

Previous PostHe is a Runner, He is a Warrior

Next PostHighlights from the Healthy Active Natives Tour