Connection and Empowerment for Native People: The Teachings of the Bow and Arrow

In Lakota culture and in Native American culture more generally, the bow and arrow offer us a set of teachings that help us understand ourselves, each other, and our ancestors.

Our recent story about Richard "the Bowmaker" shows the beauty and reverence of bow-making. Bow making was a gift from the Thunder Beings, the Wakinyan—the good spirits, guardians of truth and protectors of the tribes. This gift enabled the Lakota to hunt the buffalo. It was a gift that elevated them and gave them greater sustainability.

For Richard, the gift of the bow making is something he wants to pass on to the next generation. It is an art that takes patience, purity, and respect.

But Richard is not the only Lakota who is preserving the teachings of the bow and arrow. 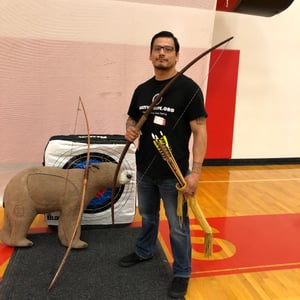 Last year, I was able to spend several days with Joseph Marshall III, learning the teachings of the bow and arrow and learning how to share these teachings with the next generation.

Marshall has written a whole book on the heritage of the Lakota people called The Lakota Way of Courage and Strength where he explains the teachings of the bow and arrow.

In an interview about his book with NPR, Marshall talks about the importance of preserving culture and tradition:

"[S]trength and resilience are at the core of who we are as Lakota people and, individually, I look at my grandparents and they are those same kinds of things. They are strong, they're resilient, they have all the values that their parents taught them and that they turned around and taught to my parents and so forth, so it's a passing of one generation to the next, those values that make us who we are.

[L]ife is change. We learn that early on. At least, I did. And we either give in, we roll over and lay in a whimpering heap or we try to adapt to the situation and maintain a core of who we are. The Lakota society, Lakota culture of the past, was based on a lot of values, a lot of norms, a lot of beliefs and perhaps we've lost some of those, but not all of them and, because of that, we have maintained a core of our cultural identity."

The Bow and Arrow, Metaphors for Life

As a Lakota man, Native Hope Ambassador, and as someone who mentors Native American teens, I believe in the importance of our tradition and that’s what intrigued me to learn from Joseph Marshall III. I realized that the bow and arrows were a metaphor for life.

The Bow and Arrow was a gift to the Lakota people. According to tradition, the moon gave us the bow and the arrows came from the sun. Since the sun is male, the arrows are male and, since the moon is a woman, the bow is female. Together, the sun and moon, the bow and arrow, male and female, they fulfill that balance that we see in life.

This is one of many teachings, but my personal favorite teaching to share with the younger generation. The women and man represent the bow and arrow and we have a purpose to one another. A bow, no matter how strong or well made, cannot fulfill its purpose without the arrow. An arrow, no matter how straight, cannot fulfill its purpose without the bow. 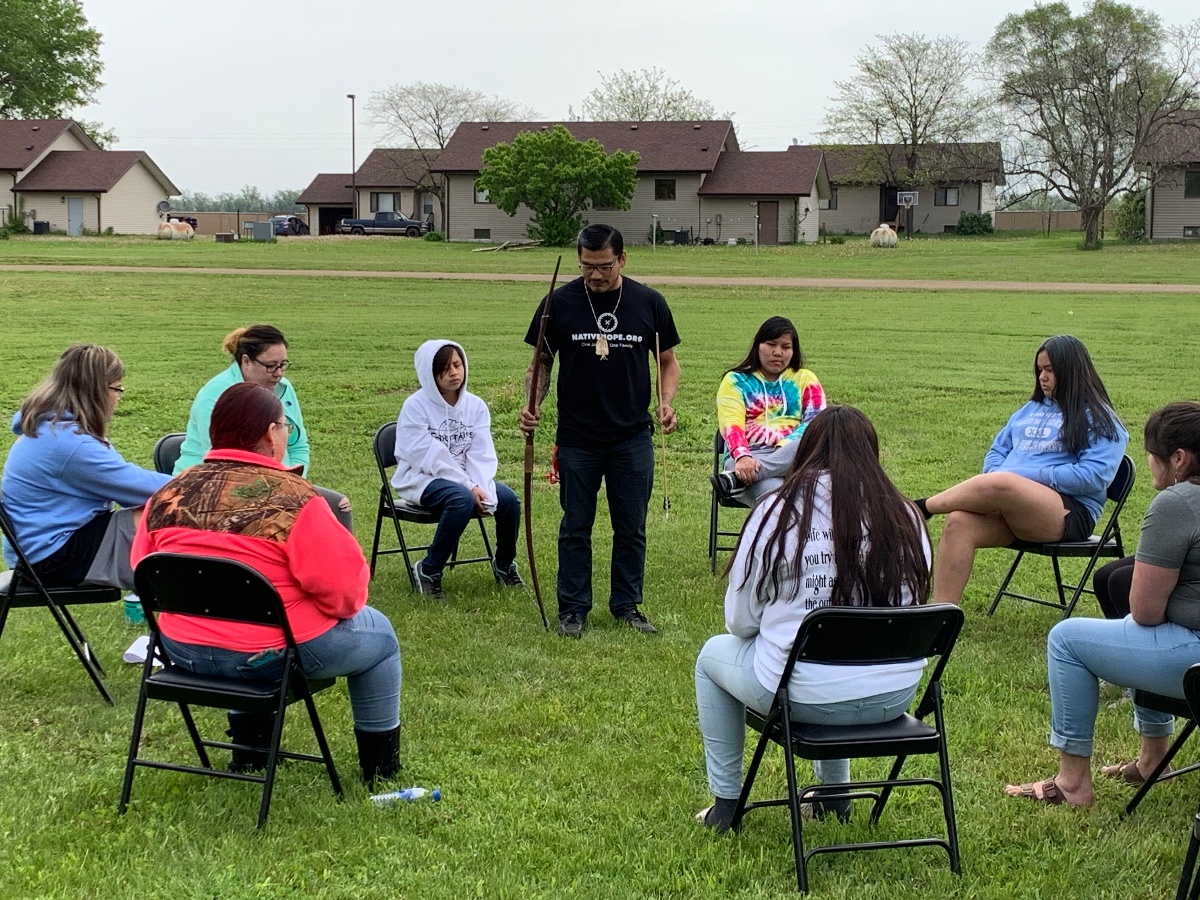 I love sharing Marshall's teachings to young men and women about the Lakota/Dakota way of life through his arts and crafts, stories, and Lakota bow and arrows.

In April, I spoke with middle school boys and girls from Crow Creek Tribal Schools and showed them the techniques of Lakota archery and the principles of respect for each other and for the teachings. In May, I was able to present at the Crow Creek Sioux Tribe Women's Camp. My presentation focused on the strength and power of Native women as the backbone of our societies.

When I share the teachings to young women, I love to share stories and explain to them that our ancestors, our grandmothers and great grandmothers were and still are the backbone to all our societies.

I share all the tasks our women did; they were more than just mothers of the tribes’ children. They were builders, warriors, farmers, and craftswomen. Their strength was essential to the survival of the tribes. It’s very empowering not only for the young girls, but the older mentors as well. I also teach them how to shoot the bow and arrow.

We Can All Learn from Native Traditions

We can all gain lessons from the bow and arrow and their connection to all living things. When the Lakota hunter/warrior strings his bow to use it, he touches the bottom tip to the Earth. He does the same for the arrow.

In that brief moment, they are reconnected to the life force of Grandmother Earth. Mitakuye Oyasin-all are related. This means everything that lives and exists.

The bow and the arrow are always a symbol of that ultimate connection.

Want to learn more about Native culture and tradition? Explore our resource–Reflecting on Our Foundations.

Purity in Pine Ridge: The Native American Bow and Arrow

Summers on the Rez: Community through Baseball