A Place to Grow

“If you build it, they will come.” An old adage, but according to the Crow Creek District [CCD] Representative Carla Pickner, a true one. Last summer, she saw the community come together day after day on the rough pasture cleared by community members for summer baseball. “Kids were there playing all the time,” explains Carla.

The Community Has to Start Somewhere

Carla’s district of the Crow Creek Sioux Tribe Reservation lies in the heart of rural South Dakota [SD]. Surrounding this tight-knit housing community are the rolling hills of the SD prairie. While the scenery is breathtaking, the isolation is real—there are 22 homes, a small play structure, a weary community building, a few neighboring farms, but nothing else for miles. No gas station, no store, and limited transportation to and from the community.

“In the summertime, most of the kids here in the CCD are lucky if they have the opportunity to leave the community,” says Tamra Merritt, resident of the district. “There’s gotta be something to do. I drove around (the streets) the other day looking. ‘This is sad,’ I thought. Kids were just walking around or sitting on their porches.”

Tamra and Carla both express their concern for the future of their home. While CCD is remote, it doesn’t have to be without. These are good people who deserve more. They deserve opportunities to participate, to belong, to grow.

In order to grow and feel a part of a community, there must be a place to gather. People must feel needed and “expected.” That is certainly what is lacking, not only in Crow Creek but also on other reservations and pueblos across the country: resources to develop effective community programming that engages people, mind, body and spirit.

Tamra mentioned that in this community of 22 houses there have been at least 5 suicides within a decade—two of them occurred this year. Perhaps the most startling fact is that one mother has lost two children.

Carla says the community has to start somewhere, for the sake of the young people. 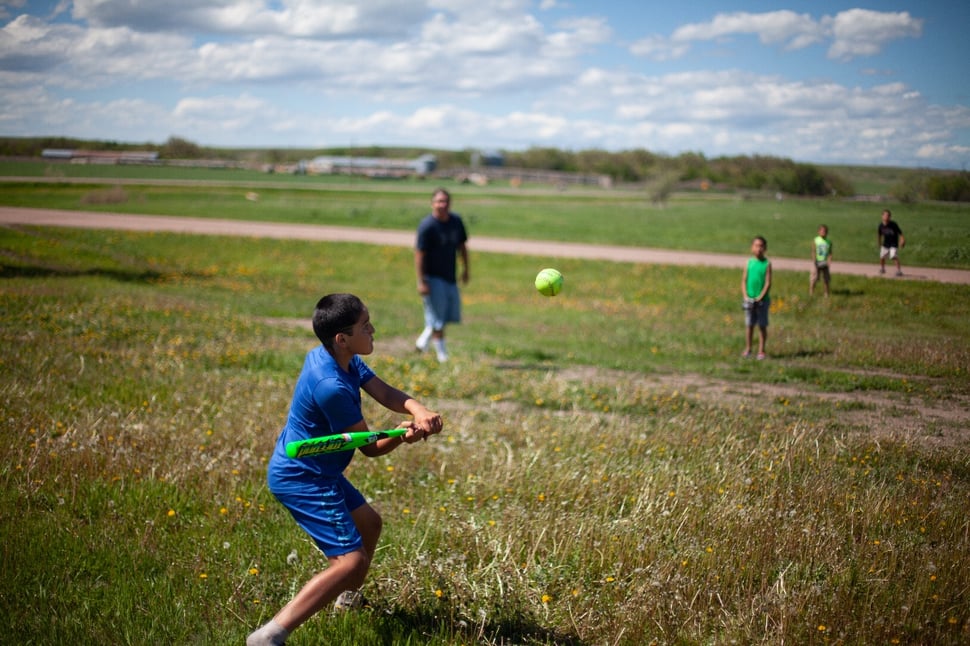 “The children [wakȟáŋheža] are the future.”

Carla opens the community center whenever she can. Other community members including Tamra and her husband Kyle do the same, especially during the winter months. But summer offers the opportunity to enjoy the outdoors, so a well-developed baseball field would be a perfect starting place, especially since the kids and parents can play together.

Each district had a coach and a group of volunteer parents. Since Tamra and Kyle had six children involved, they naturally volunteered, along with others, to help the program succeed. “I really loved the league. All ages were incorporated—older kids played alongside the younger ones,” Tamra remarks, “The fact that all ages (3-16 boys and girls) were able to get along and play together was great. The older ones helped the little ones and the little ones cheered for the older kids.”

In order to play ball, the Crow Creek maintenance workers, a local farmer, and others moved dirt, rigged some old fencing and created a place for their team. It was an awesome effort with limited resources; in fact, the Crow Creek tee ball team won the summer league championship.

Carla adds, “Some of the kids didn’t have gloves to field the ball nor shoes to run the bases, but they loved playing.”

The Dream of a Baseball Diamond Was Born 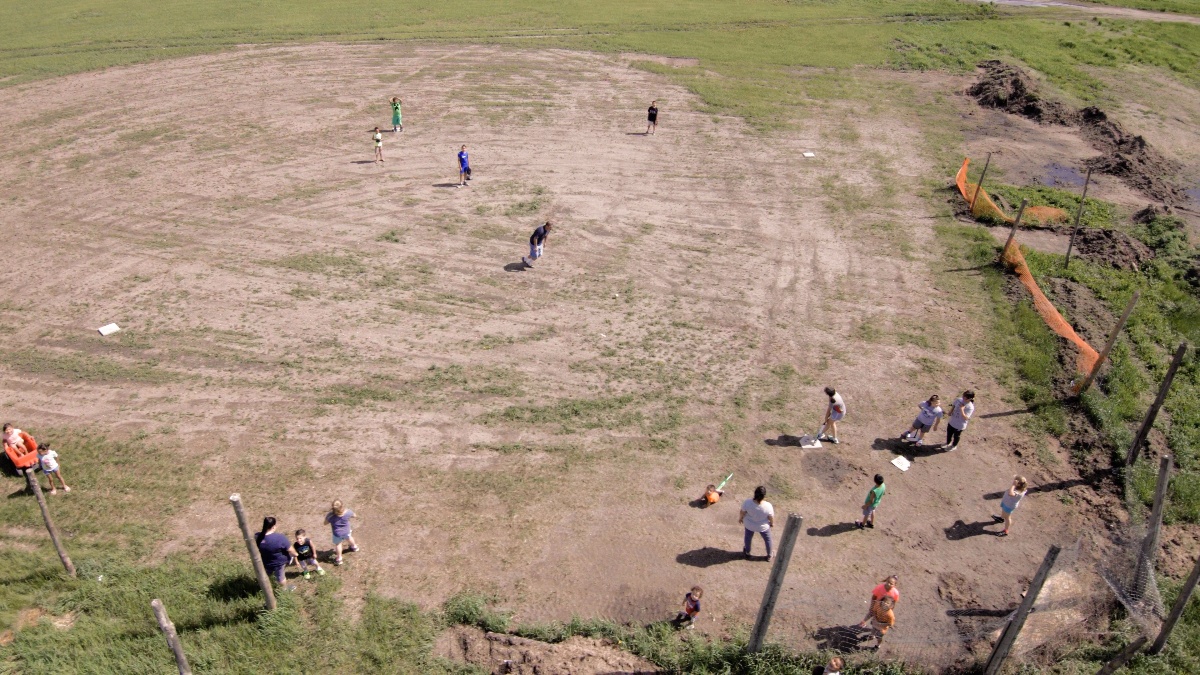 Their success inspired Tamra to approach Native Hope about assistance with funding to improve the field in hopes of making it a vibrant place for all. Tamra’s call piqued our interest in the project, so our team kicked around ways to support their existing efforts.

We recognized that this community had committed to making a field a reality and were moved by the excitement of both parents and kids. We knew that our Native Hope family would love this opportunity to support a beautiful cause.

This Community Needs YOU and Your Support

Today, we are asking you to support this game changer for the Crow Creek community: a chance to truly make a difference for children and their parents.

If we build it, they will come. Come to play, to laugh, to grow. This summer, help us give the gift of baseball to Native youth.

Show the children and families of Crow Creek you care.

Summers on the Rez: Community through Baseball