Special thanks to Talon Bazille Ducheneaux/ShootsTheEnemy for sharing his story below.

When I began my journey as a “hip hop artist” I honestly didn’t think it would take me anywhere. I was highly influenced by “unedited/raw” sounding rap, so I intended my music to resemble low-budget sounds that coincided my lifestyle. Issues in and out of the home helped fuel this outlook within my music, so for a while simply recording songs was good enough for me. However, after the first time I performed live at a school dance, when I was 15, I became enticed to dream a little bigger.

Through collaborating with others, I began to dream of what it would be like if there was a studio, or even a hub for local artists to work together, even clash if they had conflicts. It’s been over a decade since those aspirations were seeded, and today I’m truly grateful for all of the blessings and tests that have come thus far. I’ve been blessed with being able to perform and record alongside many amazing artists, and I’ve been able to perform on a couple awesome stages. Despite all these good things, I began to feel stagnation, as if I could and should be doing something more.

The Dream That Changed Everything 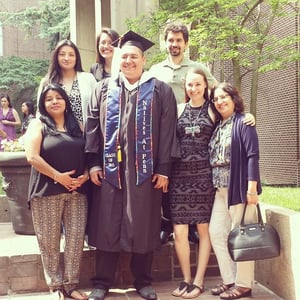 In 2016, one year after I graduated from the University of Pennsylvania with a BA in psychology, I finally achieved some long-sought financial stability in Philadelphia. I had a meaningful job working as a service coordinator in the city, and aside from work I was still given opportunities to perform. Things were going well, but after a while I felt like I was neglecting something. My depression and anxiety became a little harder to manage, leading me to some unpleasant E.R. visits and much needed therapy.

One night, I had a dream that I still take very seriously. In the dream, the Wakinyans (Thunder Beings) lit up a dark sky to a constant white glow. Rain poured down heavily as I stood on top of a hill and looked ahead to rolling hills that had water flooding the crevices below. I then realized that I was being chased westward by Wakinyans that darted for my head. I ran and ran, and when I stopped to check my progress I was struck on the head, waking me from what I can only describe as a very welcomed spiritual revelation, albeit a scary one. From that point on, one thing after another eventually led me home back to South Dakota.

Upon returning home I faced tests, primarily financial ones. No matter how hard I tried, I couldn’t get hired. Depression overwhelmed me. I felt powerless, even useless; despite all I had sacrificed. It felt like I had worked so hard for a degree that I’d never be good enough to use, but I continued to pray and stay positive. Then, one day in April, I was approached by Joe Shields, Crow Creek Housing Authority Executive Director, in Fort Thompson, SD. Joe had always shown support and encouragement towards many good things going on in the Crow Creek reservation. He walked up to me and asked, “Hey Talon, I was wondering, what would it take to get a studio going around here?” 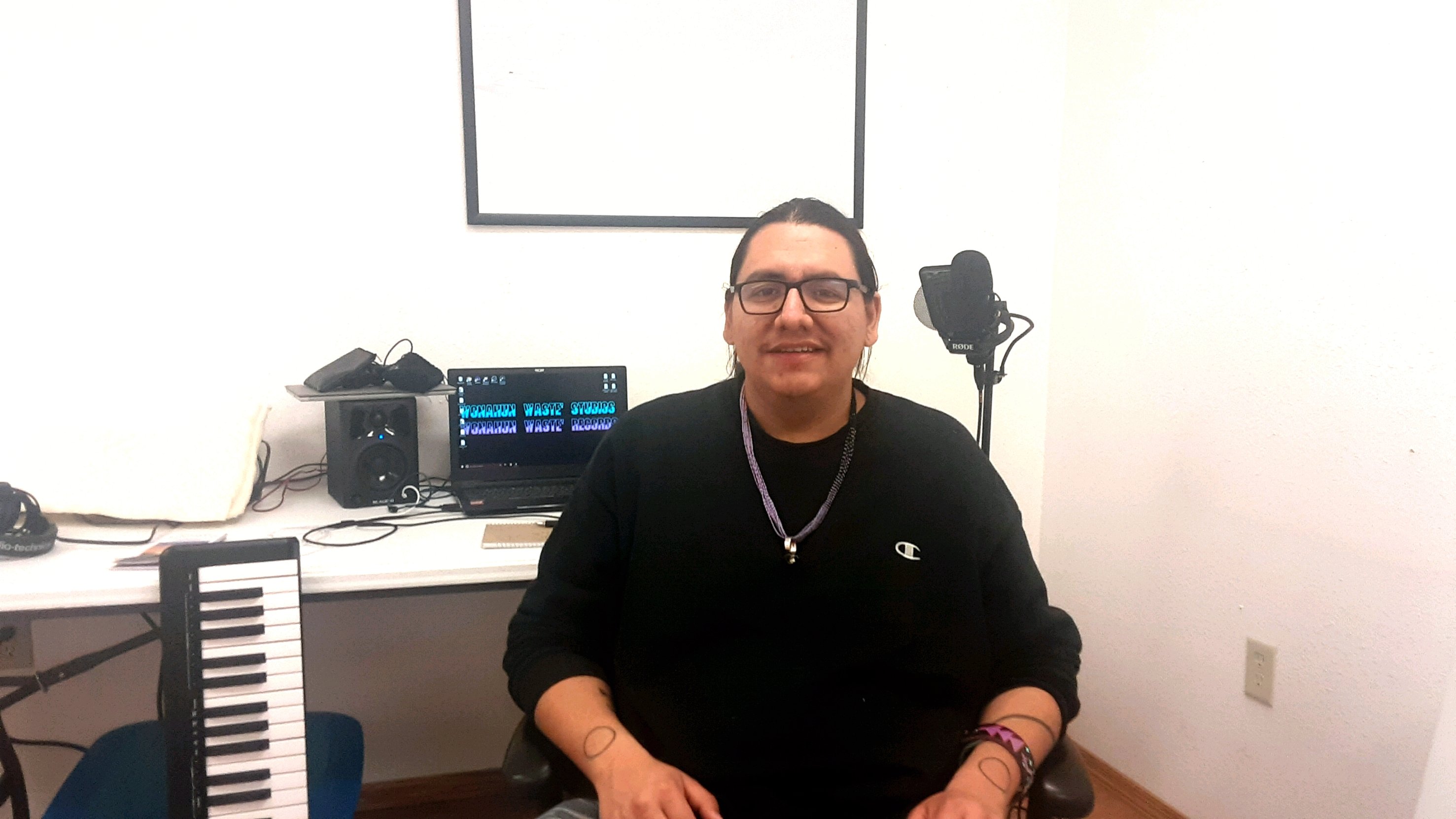 A Native Recording Studio Is Born

I I was so excited I drafted a budget on the same day, and through collaboration with Joe and the Crow Creek Housing Authority, the studio was ready to open in November 2018. I recalled that old dream from adolescence. I had always planned to get a master’s degree before embarking on a venture such as this, but I knew I had to take a leap of faith. “This is that opportunity,” I felt, “Don’t waste it.”

Finding a name for the studio established a vital reminder for its mission. Through prayer and mentorship from a community leader named Ciye’ ThunderHawk, the studio was gifted the name: “Wonahun Was’te’ Records”. As translated by Ciye’, the Lakota term (as taught by his grandmother) means, "The healing sound of music, in a whole different way, perspective of mind in real nice way of healing, blessing prayers always....”

That is the intent of the studio: to bring good, both to the artist and the listener. Since the first session, over 15 artists, some who return regularly, have recorded music covering topics like confidence, grief, depression, drugs & alcohol, gossip, trying to be positive, and more. 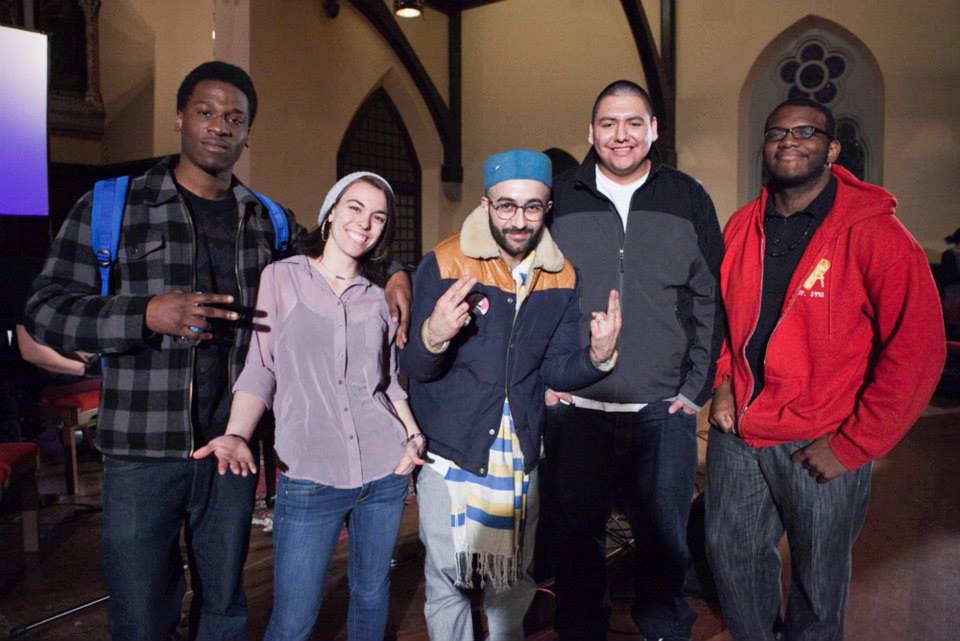 A Scholarship Saves the Studio

But just as the studio opened, I moved to Pierre, SD, roughly 50 miles away, and with no stable income, I had issues maintaining weekly open sessions for the community. With patience and persistence, I was lucky enough to become a 2019 First Peoples Fund Cultural Capital Fellow, and the award provided the much-needed help to continue.

With one mixtape released, two traditional song compilations and various singles, remixes, etc., Wonahun Was’te’ and the artists have gained a small audience that continues to grow in places like YouTube, SoundCloud, Facebook, and offline. Artists now collaborate more, and those with more experience are quick to give advice to new artists. This experience has been beautiful. With 6-8 artists ready to sign 1-album record deals in 2020, their physical/digital distribution and various production costs will be covered.

This is a Journey to Wholeness and Healing Through Music 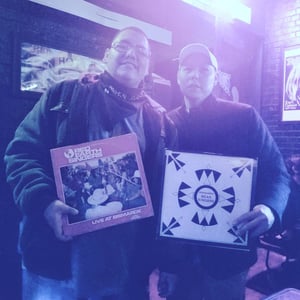 Through all of this, I find true meaning in my Psychology degree. While I enjoy being in the research field and other areas of practice, coupling what I’ve learned in my journey with providing this access to those who have a voice is a powerful feeling for me.

The struggle remains, but now it sees me smile more.

A Place to Grow

Lose the Language, Lose the Culture