In South Dakota, October 15, kicks off South Dakota’s annual pheasant season opener, offering access to nearly 4.5 million acres of public land. It is the largest hunting attraction in the state; it’s a time of year filled with tradition, community, and sport. Unfortunately, there is a dark side to South Dakota hunting—sex trafficking occurs.

The reality is whenever there is an event that attracts a large number of men, there is a market for some form of sex trafficking. And, while sex trafficking exists around the nation, there's something distinctive about South Dakota. The peaceful, homegrown mentality that exists here has made it an excellent “cover” for sex trafficking.

Although Native Americans make up only 13% of the state's population, 40% of sex trafficking victims in South Dakota are Native girls and women. The targeted age is 12-14 years old.

Home to nine Native American reservations, South Dakota is steeped in rich Native history and culture. Distressingly, however, the reservations are located in some of the poorest counties in the United States. Sarah Deer, a law professor at William Mitchell College in Minnesota and an expert on domestic violence in Native American communities, stated, “This is a crime of poverty. You've got poverty, you have high, high rates of sexual abuse, which is often a precursor to prostitution and you have just a sense of desperation on the reservation in terms of day-to-day life." 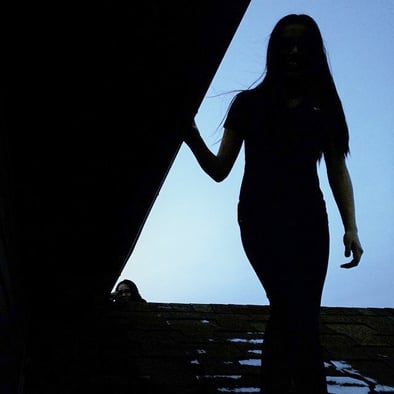 Traffickers specifically target Native women and children on the reservations who are coming from broken homes, living in a state of desperation, and oftentimes battling a history of substance abuse. They promise them a “better life” and a “way out” of their current living conditions. They offer them simple life necessities such as food and shelter and provide for their substance addictions, as long as they do a few “favors” in return.

Vednita Carter, founder of Breaking Free, a Minneapolis-based nonprofit dedicated to helping women escape prostitution, states that most victims “were sexually abused as kids before they got with a pimp later in life. They walk around thinking everything that has happened to them is their fault, that they simply made bad choices; they don’t see themselves as victims.”

Fear and intimidation are two of the tools that traffickers use to control people in slavery. Traffickers often prevent victims from interacting with the public because the victims might say something that raises suspicions about their safety and freedom. Young victims of trafficking are often entrenched in complicated dependent relationships with their captors, unaware that they're being held in forced prostitution.

These women and children will often spend a lifetime trying to heal from this horrific abuse. Native Hope spoke with a sex trafficking victim who was able to find her way out. She acknowledged the devastating effects of her past by saying, “I wonder just how aware the people who commit these crimes are, of the damage made.”

Native Hope is determined to END IT. It will take everyone to enter this fight. Please stand with us!

You can make a difference in the lives of these young women and children.

If you or someone you know is a victim of human trafficking, please call 1-888-373-7888 or visit the National Human Trafficking website at humantraffickinghotline.org.