This August, we returned to the Sturgis Motorcycle Rally to raise awareness of a very serious issue happening at an alarming rate: sex trafficking. Our goal is simple: zero trafﬁcking victims during the Sturgis Rally. This year we walked the streets to arm thousands of people with the knowledge of how they can take action to stop traffickers and help bring them to justice.

Our team walked the streets handing out flyers and hanging up posters with specific signs to look for suspicious activity. 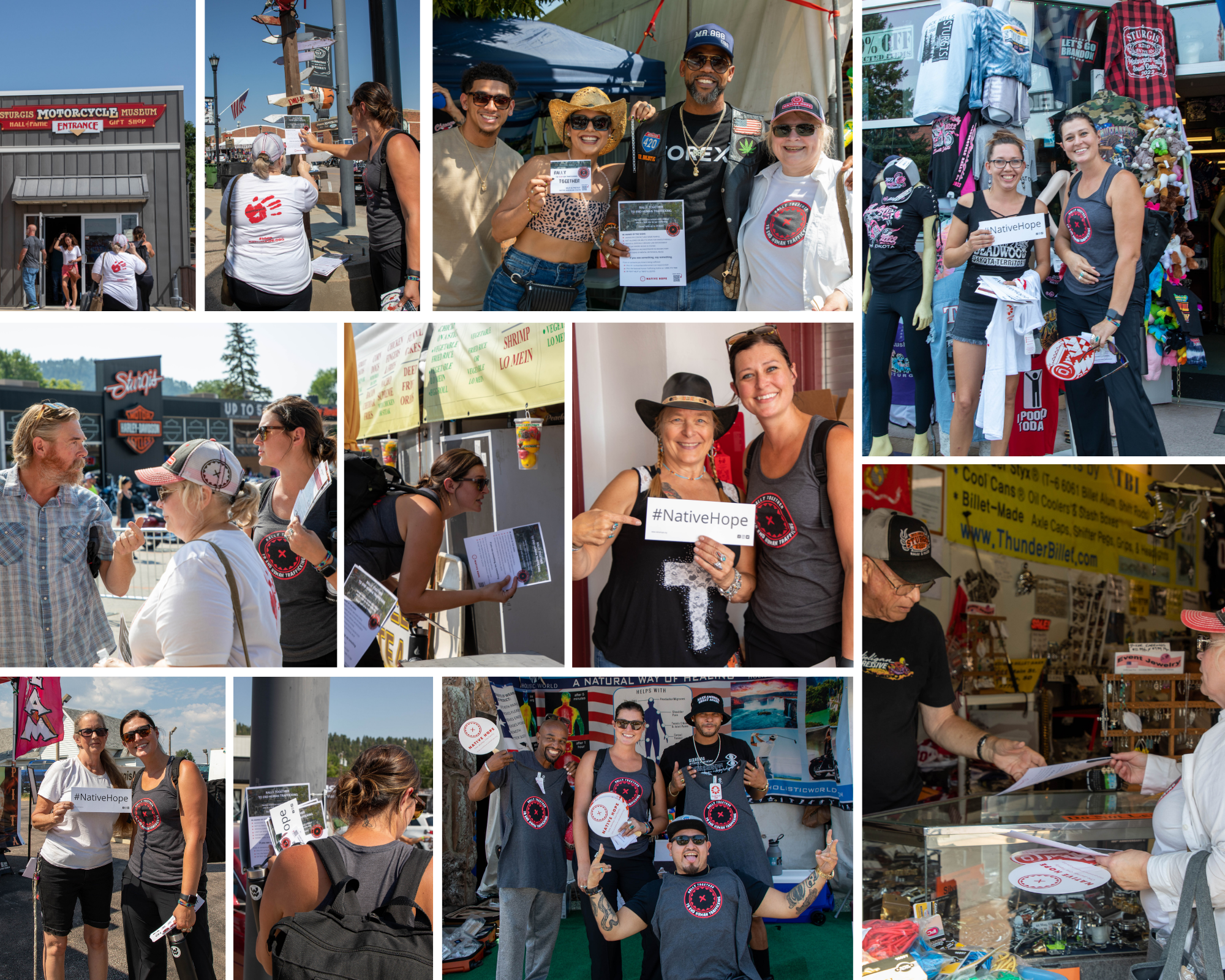