Jordan Marie Brings Three White Horses Daniel is passionate about her people. A member of the Lower Brule Sioux Tribe, KUL WICASA OYATE, and the granddaughter of Nyal Brings, (to read more about Nyal visit here) she is part of a generation rising up to radically advocate for Native Americans and the struggles that exist on the reservations today. She strongly asserts, “I want to be a voice that changes the narrative and helps to make Indian country a better place.”

Jordan spent her early childhood on the reservation. She was immersed in the culture of her people, surrounded by her tribal family, and following tradition and ceremony. Unfortunately, amidst the beauty of community existed hopelessness in the form of substance abuse, poverty, and suicide. She says, “I remember going to a lot of funerals, more than any child should be going to, more than the average person in the world should be going to.” When she was ten, Jordan’s father took a job at the University of Maine as a psychology professor. “My parents were concerned about the state of reservation life and wanted to provide more opportunity for our family,” she recalls.

For the next fifteen years, Jordan would settle into life outside of the reservation. Her parents continued to 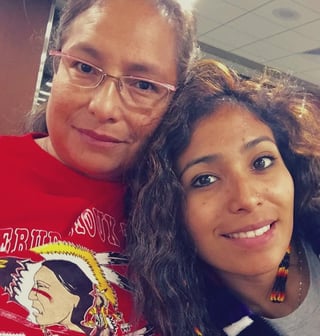 instill traditional Native values and honor their ancestral heritage. However, she remembers how difficult it was to transition from the reservation life to a new community. She recalls, “I had a hard time fitting in. I was the only person of ‘color.’ I remember people saying to me, ‘I didn’t even know people like you still existed; I thought you were extinct.’ It was the first time I had ever really experienced prejudice firsthand.”

Jordan remembers really struggling with her identity, trying to fit into modern society while being Indigenous. She drew inspiration, however, from the strong role models in her family who instilled vision, courage, and a pride for their heritage. Growing up, she was inspired by her mom’s strength, who as a young mother at the age of 19 had put herself through nursing school while still being a devoted mom. She watched her mom’s selflessness as a nurse and the genuine care she gave others. Jordan also had a strong bond with her grandfather Nyal. She says, “He was so resilient and such a strong advocate for Native youth. He really pushed me to be resourceful and to want to give back to the community.” 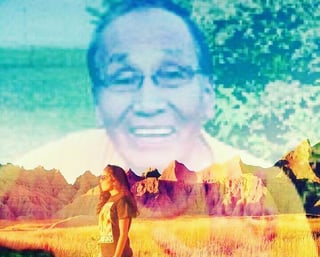 Through these steady examples of influence in her life, Jordan was impressed by the difference one person could make. When she was in the eighth grade, she had a dream in her heart of carrying on this legacy of passion and purpose to influence change in the lives of Native Americans. “I wanted to move to Washington, D.C. and advocate for Indian country,” she explains. “Just seeing firsthand, through my own experiences and my family’s experiences, I wanted to be a voice to try and make it better.” This dream led her on a path to the University of Maine where she majored in political science with a double minor in American studies, Native American studies, and public management.

To read more of Jordan's story about how she is carrying on her grandfather’s legacy and working hard to bring about change in the lives of Native Americans, click here. To find out how you can join the movement, learn the 3 ways you can help.

Standing Rock: A New Fire Has Been Lit

Give Hope for Year-End Giving