Nikki and the Wolfpack Face Discrimination with Pride

One of our first Native Hope Fellows, Nikki Lowe of the Chickasaw Nation, continues to make small strides within her community that make a difference for Native youth. Currently residing in Albuquerque, New Mexico, she is a former Mixed Martial Arts [MMA] Fighter, who recently graduated from BIA Police Academy. As a mother of two, Nikki applies the same fierce fearlessness to parenting and always encourages her children to be proud of whom they are. She also instills in them the importance of being physically active.

Recently, Nikki noticed that her son's all-Native basketball team was facing teasing and discrimination from other people in the sport and she decided to do something.

Nikki’s oldest, Nokose (Chickasaw and Dine), developed a passion for basketball. “I like basketball because it keeps me occupied during my free time,” he states. “And it pushes me to live a healthy lifestyle and to be a good role model for my sister.” He played in several basketball tournaments as a member of the Amateur Athletic Union (AAU).

Although Nokose enjoys the thrill of the competition and the heart-racing pace of the game, as a Native, he has encountered various obstacles. One of these obstacles is having to explain his long hair to those who questioned. Continuously having to explain one’s self to others may seem like an insignificant discomfort. For Nokose, it has been a constant reminder that he does not fit in, even within his homeland. Nokose struggles with this obstacle. 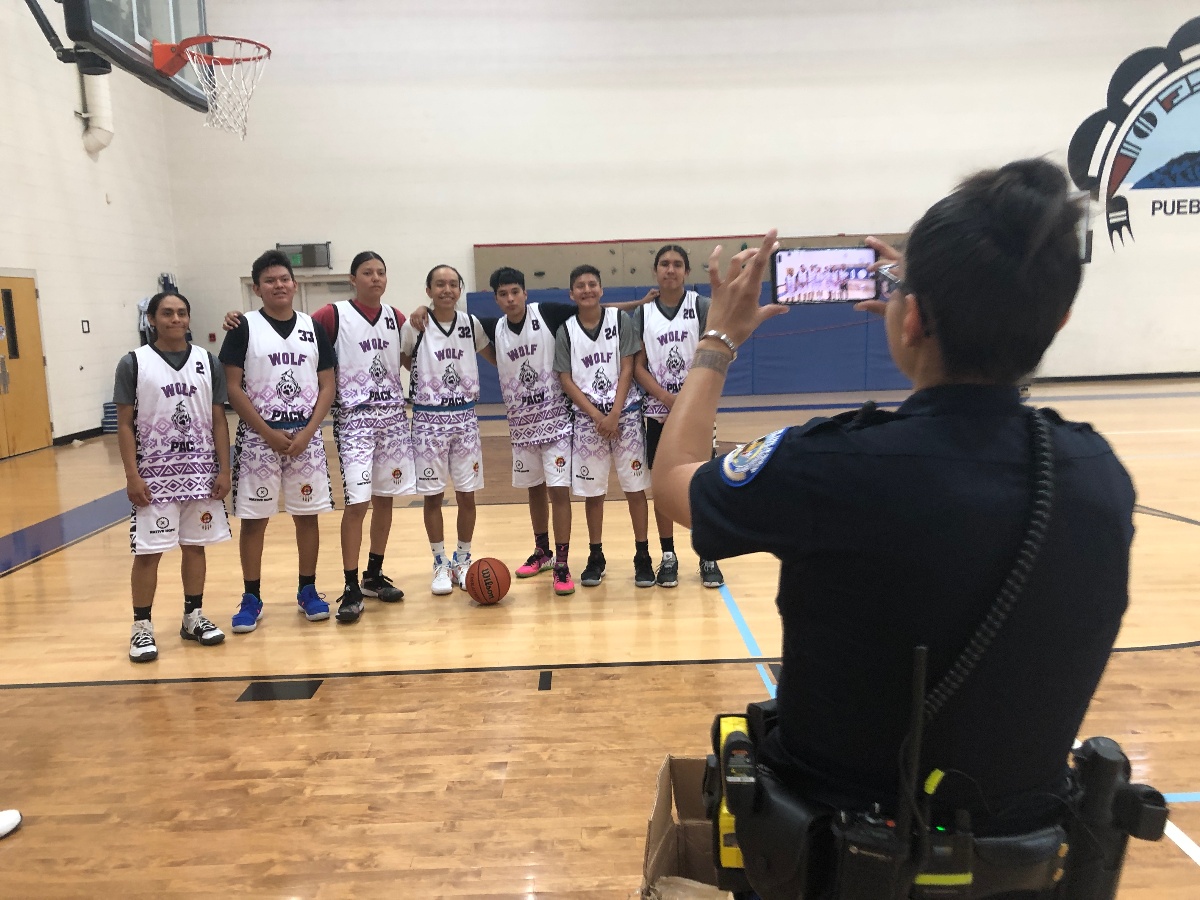 After six months of playing for Wolfpack, Nokose described the dynamic of the team as a “brotherly bond.” Nikki often heard Nokose comment on how much more comfortable he feels playing on an all-Native team. “He is with other kids that have the same upbringing,” she said. “And (he) doesn’t have to explain why his hair is so long.” Nokose laughed about the communal Native humor among the players. “It makes me proud of who I am,” he added.

Wolfpack Only Needed One More Thing...

Happy to see her son blossom on the team, Nikki cheered them on from the stands. But the Wolfpack lacked the one cohesive element for any team. Although they tried to match each other as best they could, Nikki noticed they didn’t have uniforms to wear during the tournaments. Some of the players couldn’t afford the $400 team fee, which barely covers the tournament entry fees for the season, so affording uniforms was next to impossible.

At Last, Uniforms That Unify and Celebrate Native Culture 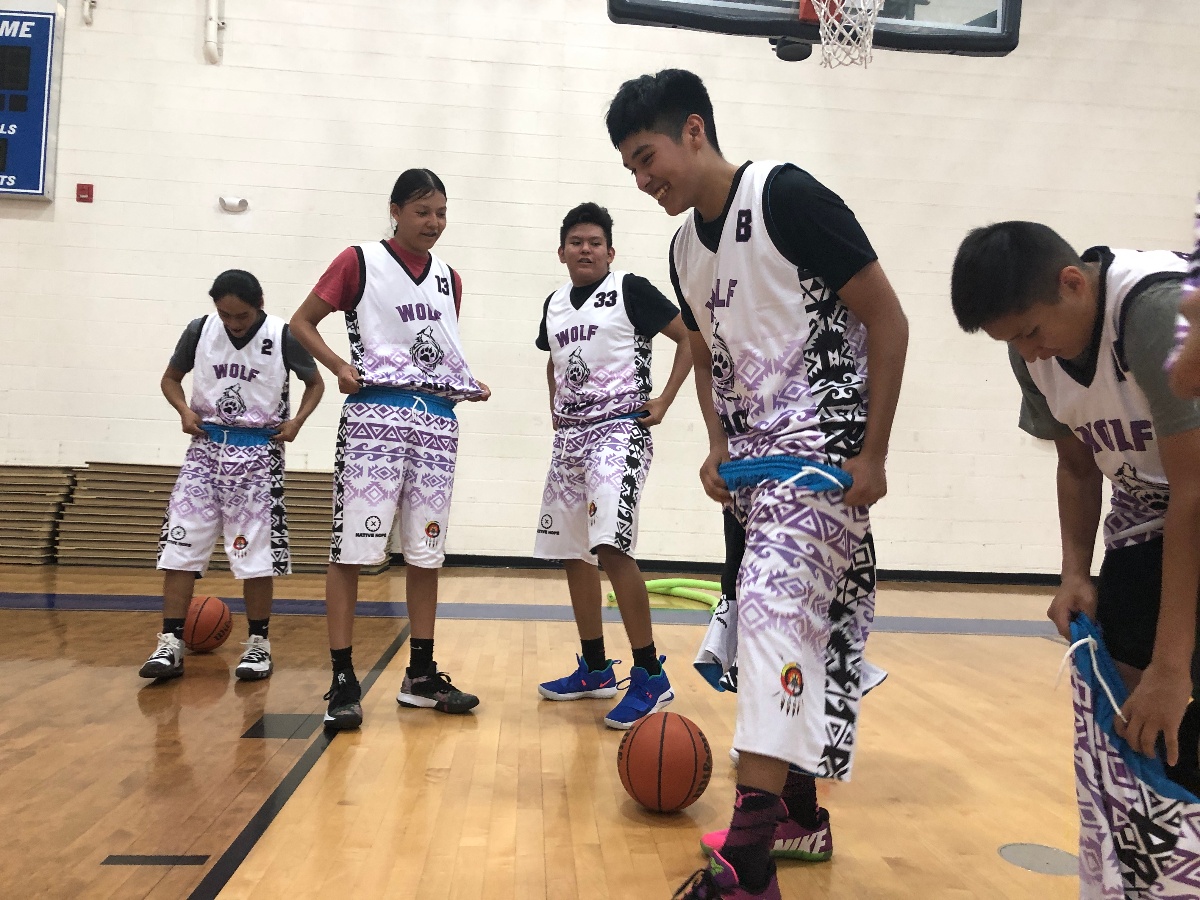 In search of the appropriate attire, Nikki was contacted by Modern Tribal Nations, a Native-owned apparel company. Their website is awash with tribal patterns and designs that emulate the beauty of our Native spirit, and in support of Wolfpack, they offered Nikki a discount. Inspired by the gesture, Nikki decided to use a portion of her Native Hope Fellowship funds to assist the team. Native Hope agreed to cover the cost of the uniforms, and within a few weeks, Nikki surprised team Wolfpack with their new turquoise and white reversible uniforms.

The Wolfpack has played multiple games with their new uniforms, and they regularly get compliments. “It makes us look good on the court,” said Nokose. “Like we’re a team.” Without a doubt, this donation has raised the morale of the players. The Wolfpack looks forward to strutting their uniforms at their final tournament, which hosts all Native teams.

The season starts up again in February 2020. Nikki hopes to seek sponsorship for the Wolfpack team next year to help players who were unable to join because they could not afford the team fee. Their goal is to compete in the Native American Basketball Invitational (NABI) in Phoenix, Arizona, the largest all Native basketball tournament.

When you give to Native Hope, you are a part of our Fellows program and a part of this team’s journey! Your gift to the Fellows program spreads the pride and strength of Native culture with more and more people.