Native American Youth Speak Out in the Midst of Crisis

There’s a cry for social justice stirring in the hearts of a generation, yet it’s a cry that is only just starting to be heard: the alarming crisis among Native American youth in the United States.

Santana, a social and seemingly happy 12-year-old Lakota Indian who loved to ride horses, decided to end her life right before Christmas 2014. Tragically, she would be among 9 Lakota youth on the Pine Ridge Indian Reservation in South Dakota who would commit suicide within a 4-month span, after deciding there was no hope for living.

There were an additional 103 unsuccessful suicide attempts during the same time period by Pine Ridge youth ages 12-24, bringing national attention to the suicide crisis among Native American youth.

"In Pine Ridge, there is no movie theater, no bowling alley, just a few basketball courts, so kids there often feel stuck. And many of them don't feel they have a voice," said Shiza Shahid, co-founder of Malala Fund, who recently visited the Pine Ridge Reservation.

Undergirding these heartbreaking, real stories in the heartland of America is destitute poverty. A multitude of these Native American reservations are poorer than many third-world countries. For the Pine Ridge Reservation, there is 80-90% unemployment. The life expectancy is 48 for men and 52 for women—the second lowest in the entire Western Hemisphere.

"There is an extreme shortage of awareness about Native American youth who in many ways feel forgotten and don’t feel like they are a part of the 21st century America. They feel that pain very much," Shiza says.

From the New York Times to the Huffington Post to Teen Vogue, media outlets in the United States are finally starting to address the depth and breadth of the problems that are plaguing Native Americans in this country.

The Supreme Court highlighted this issue last year when it reinstated the conviction of an abuser in a domestic abuse case. Norma Rendon, the Native Co-Director for the South Dakota Coalition Ending Domestic and Sexual Violence, said:

“There has been a war against Native women and children of this country, and it exists to this day. And they say, ‘Well, how is it existing today?’ Well, it’s existing through men being able to rape our women, and there’s no consequences. So what is that telling the male population of America? If you’re going to rape anybody, rape an Indian woman because nobody cares; you’ll get away with it.”

Human trafficking within the state and on its reservations

With the influx of hundreds of thousands of men during the Sturgis Motorcycle Rally and continuing on through the fall hunting season, the “Old West” lure of beautiful South Dakota draws men in huge numbers.

"Although most hunters and bikers in the area are well-behaved, there is a dark side to both those activities," said former U.S. Attorney Brendan Johnson. “Wherever you have a large gathering of men, you have a strong opportunity for prostitution and sex trafficking." See alarming stats here.

Underage Native American teens are being lured into forced prostitution in exchange for drugs, alcohol, or even just food and shelter. Once they get in, they feel they can never get out and often keep it hidden for fear they will disgrace their families. A survivor tells Native Hope:

“I did fall victim of human trafficking in my drug use. It's not something I have told my family about because I feel there are some very gory details that they couldn't handle...but I feel if it will prevent the future generations from following down that path, then I am willing to answer those questions....What I went through in those days is very real and very scary.”

Young Native Americans are speaking up and finding their voice, responding to these issues and their circumstances. They believe their future is brighter than their past. 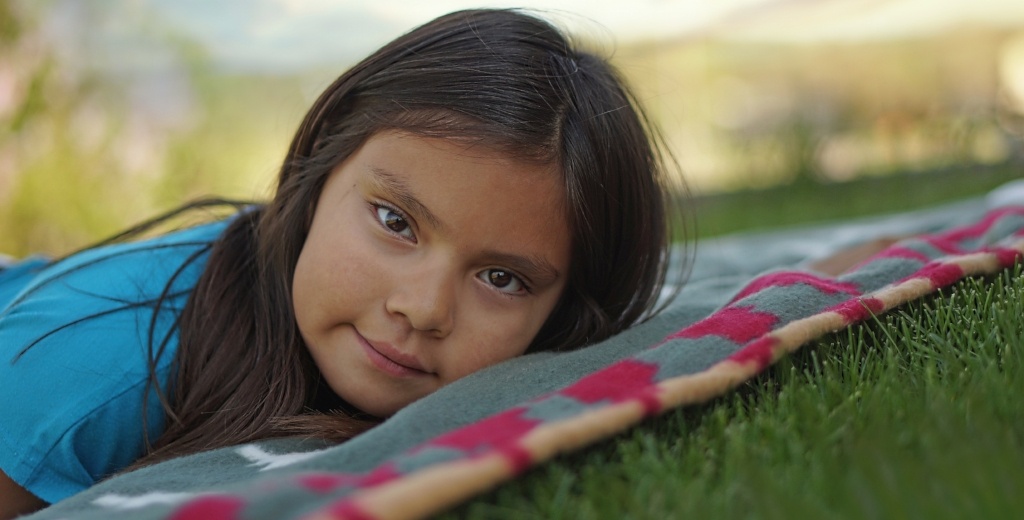 We can let Native American youth know that they are not alone and that we hear them. Native Hope's programs and partners offer a way out through education, counseling, training, and more.

As the same human trafficking survivor shares more of her story, her voice rings loud and clear:

“Now I have overcome that phase of my life with hopes of never turning back. I turned my life around—not when everyone thought I should have but when it was a choice to live or die. I chose life.”

We can add our voices with theirs. Every voice—theirs and ours—brings hope and change.

Next PostCreating an Impact in the Future of Native American Youth