How the destruction of the Buffalo (tatanka) impacted Native Americans

The bison's (Buffalo's) value among Native American tribes, particularly the Plains tribes, remains priceless. Its life and near extinction closely mirror North America's indigenous—for without the Buffalo, life dwindled. The destruction of the Buffalo meant the United States government could manage the "Indian problem."

It is valuable to recognize the abundance of Buffalo that roamed North America. Experts estimate 60 million Buffalo freely grazed and cultivated the land. For centuries, they provided for the people everything from fly swatters to shelters. Native tribes followed the herds and only killed what they needed. Since the Buffalo were sacred and life-givers, the people carefully maintained a balance, never overkilling for sport—only for sustenance.

In the mid-1850s, the Cheyenne, Arapaho, Lakota, Blackfeet, Arikara, Ponca, and Cree were among the numerous tribes inhabiting the Nebraska Territory (1850). Here, Buffalo were plentiful, and the tribes thrived. However, the discovery of gold in the West brought white settlers who flooded the Plains, outnumbering the Natives nearly 3 to 1. The complexities of Western Expansion meant the Buffalo and the Indians would no longer have free reign over the Territory's grasslands. 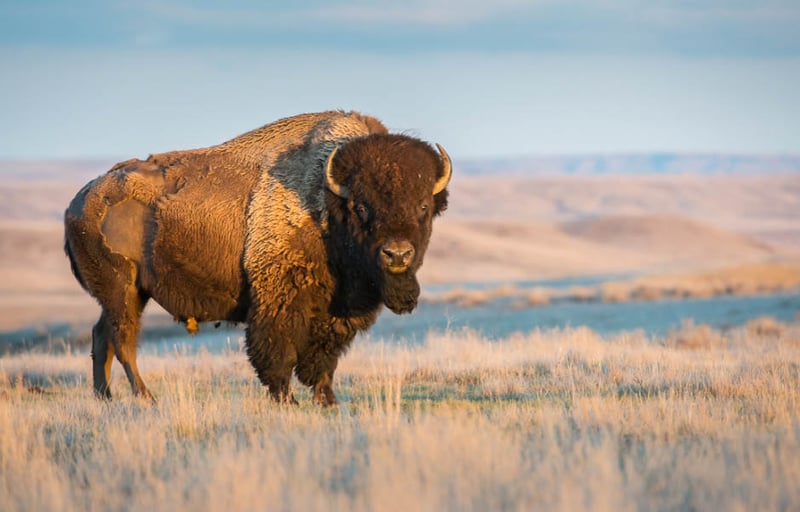 From this point through the Battle of Little Bighorn (1876) and beyond, conflicts between the U.S. Cavalry and Native tribes were numerous and tragic—the Indian Wars were underway. During these conflicts, Native Americans continued to outwit and outlast the U.S. Cavalry with their tactics, which kept the Cavalry from delivering a final blow to the "hostiles."

Amid the Indian Wars, the Transcontinental Railroad pushed its way across the Plains. With its completion, the U.S. Cavalry could move its men and equipment deeper into Indian Territory to assist in wrangling the Lakota (Sioux) and other tribes onto reservations.

Generals William T. Sherman and Philip Sheridan believed if the soldiers could eradicate the Buffalo, the Indians would have no choice but to give up. This belief stemmed from General Sherman's tactic during the Civil War to defeat the Confederates in his March to the Sea—the "scorched earth" policy. Take away anything essential for the survival of a people, and they will surrender—as long as the Buffalo roamed the Plains, so did the Indians—the two were symbiotic.

"On 26 June 1869, the prestigious Army-Navy Journal reported that 'General Sherman remarked, in conversation the other day, that the quickest way to compel the Indians to settle down to civilized life was to send ten regiments of soldiers to the plains, with orders to shoot buffaloes until they became too scarce to support the redskins.'"

Soon, it became the norm for Sherman and Sheridan to provide opportunities for the rich and influential to travel West and hunt Buffalo with U.S. Cavalry guns alongside prominent generals like General William F. Cody (Buffalo Bill Cody), who claimed to kill 4,000 Buffalo himself. "In fact, the Springfield army rifle was initially the favorite weapon of the hide hunters. The party killed over six hundred Buffalo on the hunt, keeping only the tongues and the choice cuts, but leaving the rest of the carcasses to rot on the plains."

Military commanders had full license to kill as many Buffalo as possible to "do their part" in gaining control of the Indians. The slaughter of the Buffalo was relentless. Soldiers killed the 2000 lb. beasts at an alarming rate. Dignitaries from around the globe attended world-class buffalo hunts with the U.S. army. Additionally, troops shot Buffalo for target practice, killing massive numbers in a day.

One Captain of the Seventh Cavalry, General George Custer's men, wrote to his wife that his column, while marching against the Cheyenne south of Arkansas, "had killed 'not less than 75 buffaloes yesterday, and last evening there was a feast on fat buffalo humps, tongues, and marrow bones!'" Another account from General John Pope (1870) relates that he asked his West Point friend, Lieutenant Colonel Richard I. Dodge, in command at Fort Dodge, for twelve dozen (144) buffalo tongue (weighing 2 lbs. each). Dodge sent his marksman to hunt down the Buffalo on the Kansas plains. Within three days, a wagon with more than General Pope had ordered arrived.

The slaughter of the Native American's most sacred animal continued at a relentless pace. Hunters from the East Coast purchased tickets to hunt from their train windows as they traveled across the nation. Hundreds of thousands of Buffalo carcasses littered the plains. Hides sold for $3.50 apiece; fur traders took only the robes as the meat was too costly to transport. "A couple of years before, it was nothing to see 5,000, 10,000 buff in a day's ride. Now, if I saw 50, I was lucky. Presently, all I saw was rotting red carcasses or bleaching white bones. We had killed the golden goose," remarked Frank H. Mayer, a buffalo hunter from the 1870s-1880s.

The photo above, taken in 1870, depicts a pile of bison skulls waiting to be ground up and made into fertilizer.

The destruction of the Buffalo proved devastating

Indeed, the "golden goose" was gone—in a fifty-five-year period, 1830-1885, soldiers, hunters, and settlers killed more than 40 million Buffalo. The U.S. Congress passed legislation in 1875, but then-President Grant refused to sign. By 1884, there were no buffalo left in the Black Hills, home of Wind Cave, which according to the Lakota origin story, is the birthplace of the first humans and the first Buffalo. 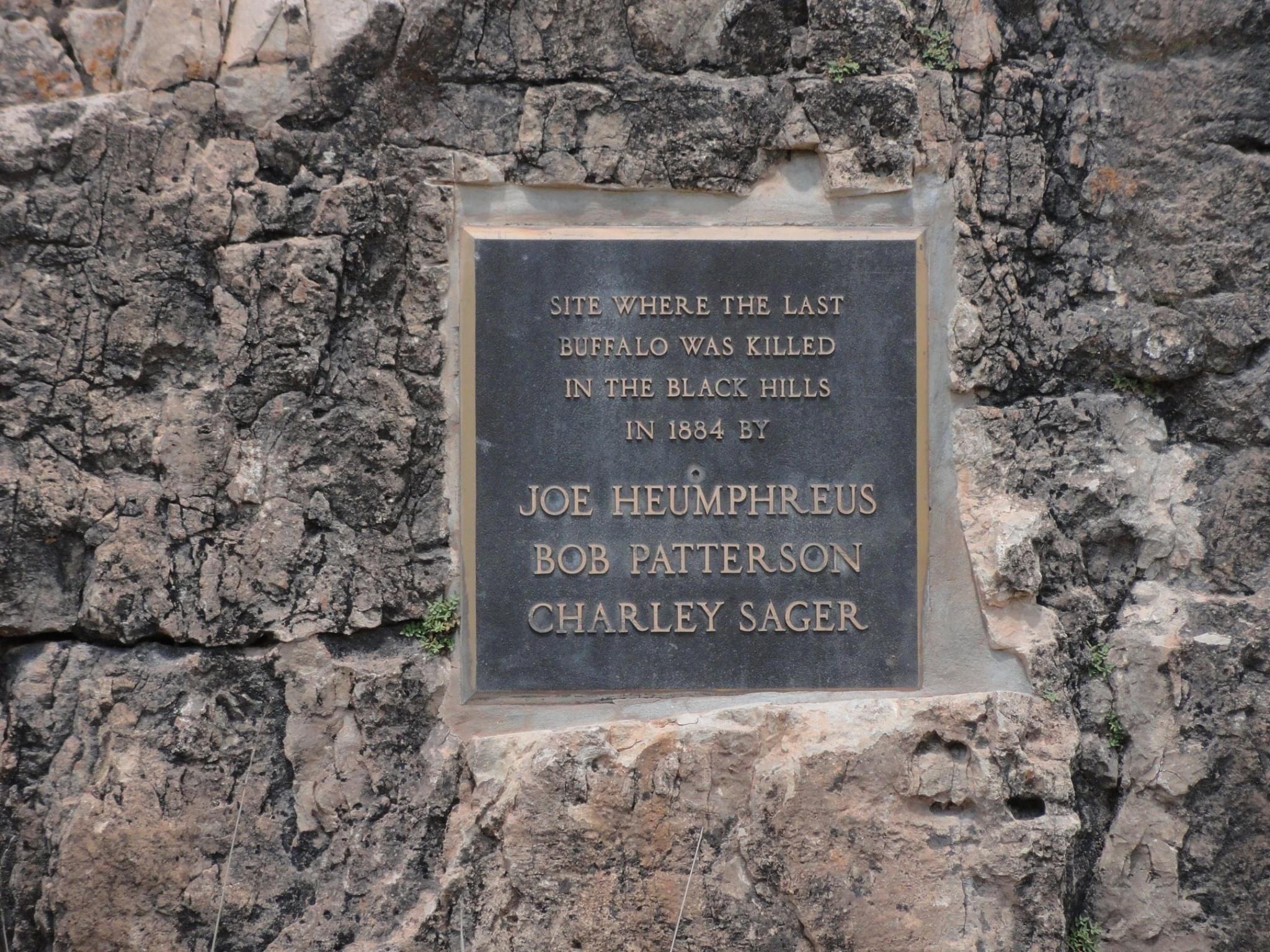 By 1900, only a few wild Buffalo remained in Yellowstone, Montana—less than 500. At this point, Congress finally took action to outlaw the killing of birds and animals within Yellowstone National Park. The destruction of the Buffalo nearly destroyed the Native people as well. In an Annual Report of the General of the U.S. Army in 1878, General Sheridan acknowledged, "We took away their country and their means of support, broke up their mode of living, their habits of life, introduced disease and decay among them, and it was for this, and against this they made war. Could anyone expect less? Then, why wonder at Indian difficulties?"

Today, 500,000 Buffalo live in the U.S., and effort to reunite tribes with their four-legged relative are strong. The Buffalo no longer remains on the endangered list. In 2016, the American Bison became the National Mammal of the U.S.—its resilience "represents a true comeback story, embedded with history, culture, and conservation." 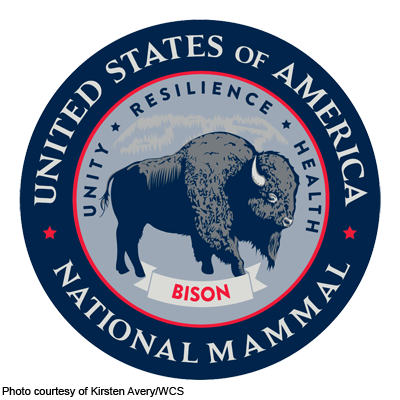 Learn more about the Buffalo and its importance to Native Americans.

Native Hope recognizes the importance for cultural revitalization and preservation.
Join us in our effort to share the Untold Story of Native America.