Annual Ride Honors the Dakota 38 and Brings Healing from Trauma

As I write this, it is 7 degrees and windy outside. I am thinking about the relatives of the Hunkpati Oyate (Crow Creek Indian Reservation)—those who endured the bitter cold winds of Mankato, Minnesota, on December 28, 1862, to witness the mass hanging of 38 Dakota men charged with attacking settlers and theft. On December 10, 2019, members of Hunkpati and other tribes, leave on a 330-mile journey from Lower Brule, South Dakota [SD], to downtown Mankato, Minnesota, in honor of these men and their descendants.

My colleague, Trista Medicine Crow, is a descendent of this tragedy. Yesterday, she took part in prayer for the riders from the flags at Fort Thompson, SD.  Fort Thompson was the Dakota Internment Camp where Natives from several tribes and bands were brought before they were relocated on other reservations across the region. Members of the Dakota, Winnebago, and Omaha tribes were held at Fort Thompson. 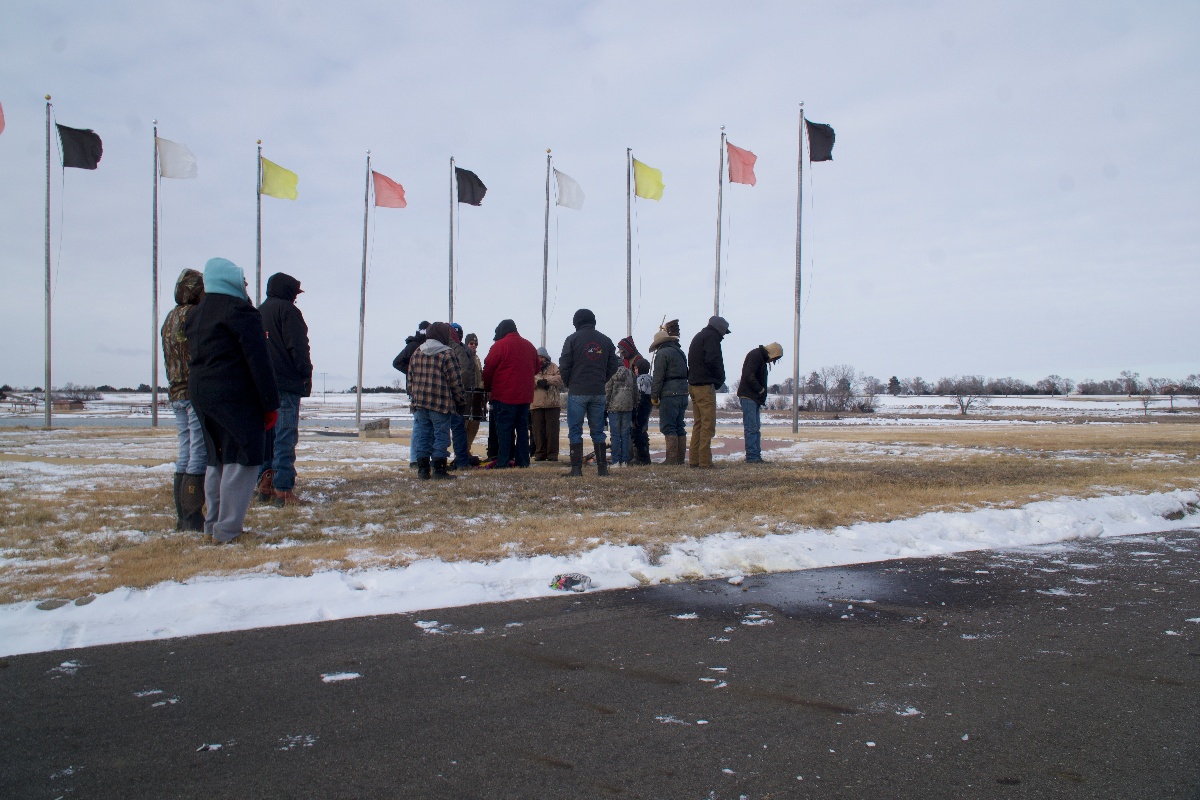 A few months ago, I witnessed Trista grieve unexpectedly for her Dakota relatives as she told the story of her unci, her great grandmother (5 times removed), who endured a winter march to Fort Thompson with a baby—Trista’s great grandmother in her womb.

The march was brutal. The conditions harsh. Women, children, and elders made their way under the duress of fear. Fear, that if a child cried, a soldier would remove him from the group and kill him with the butt of his gun. Fear that their limbs would not survive the frostbite. Fear of their fate.

For many this seems like a scene from the infamous Holocaust. The fact is these marches or “relocations” of Indians to Forts during the 1800s became the blueprint FOR the Nazi Germany’s treatment of the Jews and other marginalized people in Europe.

Trista’s grandmother survived, and her child lived to be 104—the trauma of their survival lived on as well. “PTSD (Post-Traumatic Stress Disorder), historical trauma, intergenerational trauma—there are so many words to describe it—it’s more or less the effects of colonization,” explains Wilfred Keeble, Hunkpati member and Dakota 38+2 rider, when asked why this ride is important. Most members of his tribe, including Trista, having been coming to terms with just what the past has to do with current problems facing their community.

"There Is Nothing Wrong with Being Brown" 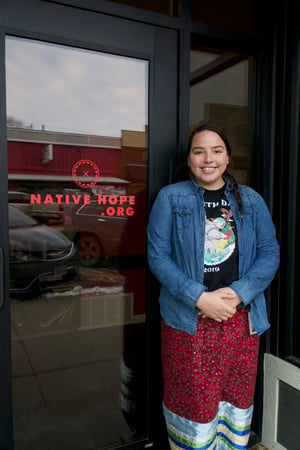 Trista told a group of Augustana University students in November that speaking about this particular event and her grandmother’s journey allowed her to release the trauma she didn’t know she possessed. By raising awareness of this traumatic event, the people can find a piece of their lost identity. Rides like this one and the 70+ others provide this needed healing.

Wilfred explained to me, “This ride along with all the others—branches with the same concept—can find roots in the American Indian Movement [AIM] in 1972-73 and the Wounded Knee Occupation. This [AIM’s occupation] woke people [Natives] up and people came to the realization they had been assimilated by slogans like ‘The only good Indian is a dead Indian’ and ‘Kill the Indian and Save the Man’ and the attack on our languages.”

“Even on the reservation, I played ‘Cowboys and Indians’ with my friends. We all wanted to be a cowboy—you know, John Wayne—no one wanted to the be the Indian,” Wilfred remembers, “The cowboys always won. No one wanted to be the loser. It was AIM that made Natives realize that there is nothing wrong with being brown and a Native.”

Many Native Americans, several who were adopted out or relocated to urban areas, are returning to reservations to find their roots, to find an identity—one that was stripped from them. Wilfred sees this happening every day: “People flocking back to find out who we are!” On several reservations in South Dakota and beyond, new programs are being implemented to assist with this cultural healing of trauma: equine therapy, prayer, ceremony, and more. Wilfred says that essentially the Dakota 38 ride has been providing this form of therapy for its riders and participants for 15 years—a point he is proud to make.

Despite the winter weather, early morning chores, and 25-30-mile daily ride for two weeks, 40-50 riders take part. This year Wilfred is especially blessed as riding with him will be 9 of his thakóža (grandchildren), ages 7-17. “They will get to experience and to try and understand it [historical trauma]. It will be good for them and helpful—they will take that [the ride] with them. That is what this is about.”

Want to learn more about historical trauma and how many Natives find healing? Explore how trauma gets passed down through generations and more.

Understanding the Realities of Reservation Life