The following post was written by Native Hope team member, Alexis Estes, after her experience running in the Dakota 38 Memorial in December 2018. This post is the first of a series of stories that are designed to help share the true story of Native American history and explore what it means for Native Americans today.

At midnight on December 26, 2018 a fire flickered from side to side, illuminating the bleak, weathered surface of the round prison building at Fort Snelling, MN. Dakota ceremonial songs and hand-drums thrummed in the night; the same songs that the innocently imprisoned Dakota men sung in their final days. This was the omnipotent atmosphere I experienced prior to running a portion of the 90-mile relay route that cold night.

I ran this past December 2018 for the 13th Annual Dakota 38 Memorial in effort to bring awareness to the unjust treatment of the Dakota, to inspire reconciliation between Native Americans and non-Native people, and to heal my Native American relatives. 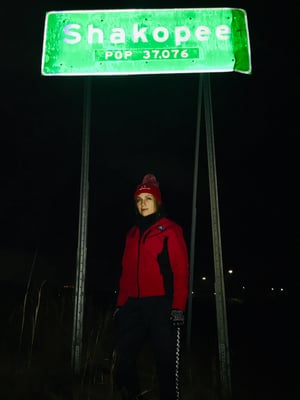 What is the Dakota 38 Memorial?

The Dakota 38 Memorial began with a dream. One night in 2005, Jim Miller of Porcupine, South Dakota dreamed of riding on horseback across the South Dakota plains to a riverbank in Minnesota, where he saw his Dakota ancestors hung. He woke from sleep, inspired to gather horse riders for the 16-day reconciliation ride which has since come to be known as the Dakota 38 Memorial.

Understanding the History Behind the Dakota 38 Memorial

One-hundred and fifty-six years ago, 38 Dakota men were publicly executed in Mankato, MN. Most American history resources refer to this act as a conclusion of the “Dakota War of 1862,” but it is not often told from an indigenous perspective nor an accurate historical one. Today, I am doing just that: sharing from both historical documentation and from an indigenous lens as a Lakota woman. In presenting history from this combined, holistic perspective my greatest hope is that it will allow for the healing and reconciliation of our Native American relatives today.

From the Doctrine of Discovery of 1493, which affirmed incoming settlers' right to seize and occupy lands outside of Europe, to the 1851 Treaty of Traverse des Sioux which restricted the Dakota Sioux lands in Minnesota to a span of 150 miles, the Dakota have endured a tremendous loss of land. Since the United States breached numerous treaties, the Dakotas’ land dwindled to the 150 mile span of the Lower Sioux Indian Reservation in Minnesota. Some Dakota descendants live there today, while other descendants live on the Crow Creek Indian Reservation of South Dakota and the Santee Sioux Reservation of Nebraska due to forced relocation in 1862 and 1864. 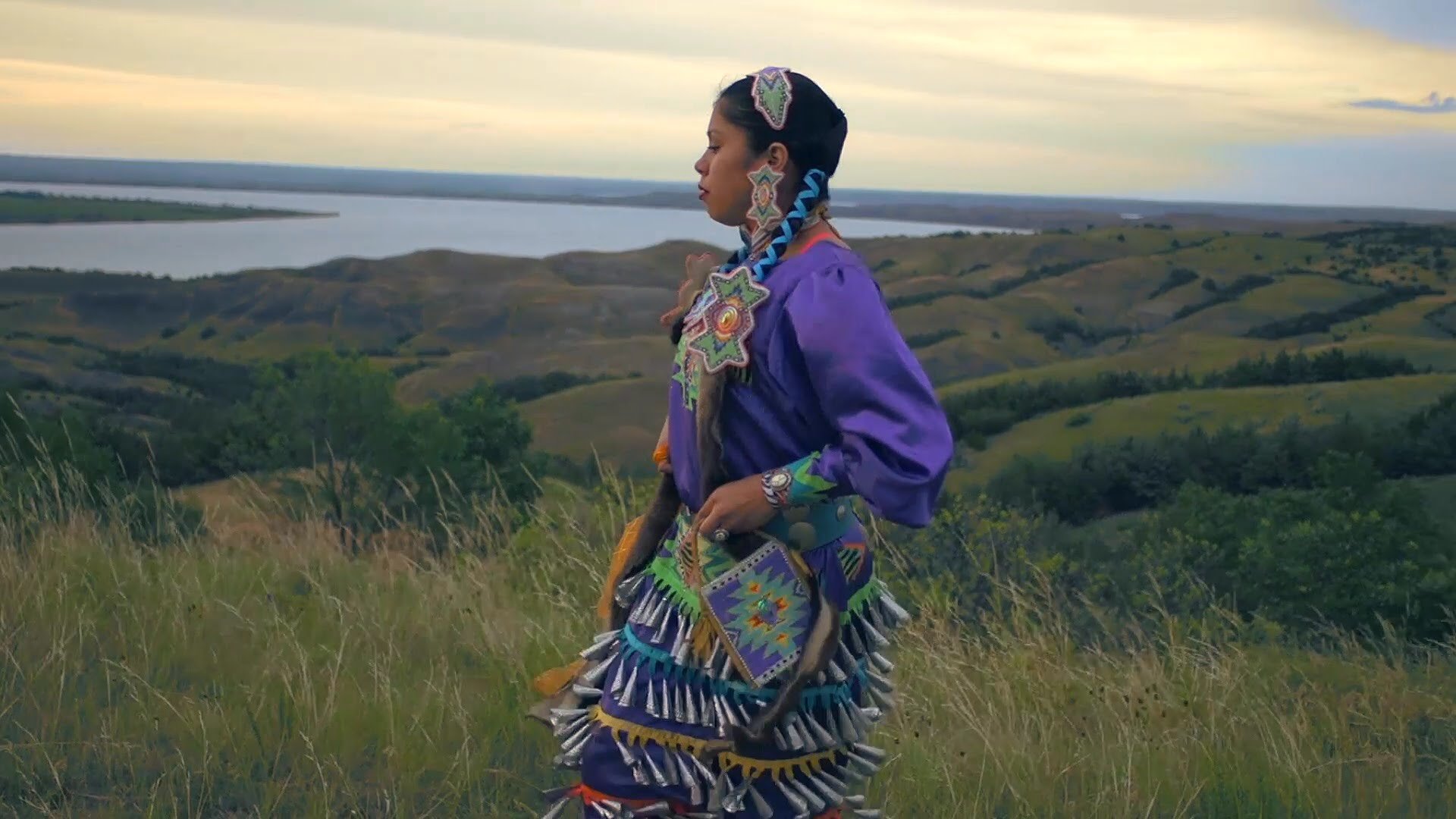 This historical land loss runs deeper than the physical land that was lost—it is a loss of sustenance, culture, language, and life itself. As I am a descendent of a Lakota tribe, the Lower Brule Sioux Tribe, which is part of the greater Sioux community that includes Lakota, Nakota, and Dakota people—the Oceti Sakowin, I understand that land is symbolic of motherhood to our people. In Lakota, Unci Maka, the words for earth, technically translates as “Grandmother Earth.”  By enforcing a limit on the land and natural resources indigenous people could have access to, the lifestyle of the Dakota was forcibly transformed from that of a nomadic, self-sustaining people with land-based cultural practices into a more sedentary, dependent, and assimilated lifestyle.

It was because of oppressive environmental changes that the Dakota grew hungry in 1862. Changes of environment included confinement to a reservation, the introduction of a foreign currency, taxes, and an alternative perception of monetary value, and enforced Western systems that were difficult to understand through cultural and language differences. Access to hunting and gathering sites decreased, food rations, and payments based on treaties with the U.S. government were often delivered late or unfair, and traders made claims of debts owed by the tribes. In desperation, and determined to restore ancestral hunting grounds to feed their people, a group of Dakota led a series of attacks on neighboring settler communities, thus beginning what United States history refers to as the “Dakota War of 1862.”

Several Dakota attacks on settler communities and military forts occurred in a five month span of the fall and winter of 1862. Dakota Chief Little Crow explained the cause of the battles to United States Colonel Henry Sibley and said that he [Little Crow] would release the captured settlers if these issues were addressed. The Dakota surrendered at the Battle of Wood Lake, which forced many Dakota to flee Minnesota and resulted in the imprisonment of 2,000 Dakota split between Fort Snelling and the internment camp of Pike Island.

The Execution and Displacement of the Dakota People

A military commission held trials for 498 Dakota men who were suspected of raiding settler towns. The trial conditions were highly unjust; there were no explanations of the trial process, there were no attorneys for those tried; in fact, some trials were less than five minutes in length. Many Dakota could not communicate across the language barrier, and there was very little evidence presented of the individual crimes. The trials determined 38 Dakota men were convicted and sentenced to public execution by hanging, and the rest of the hundreds of tried Dakota en remained imprisoned. There are documented reports that two men were mistakenly hanged, and that others were innocently hanged. These Dakota 38 were executed in Mankato, Minnesota, on December 26, 1862, the largest mass execution in United States history.

The events of the Dakota War of 1862 further poisoned the relationship between Natives and non-Natives. The Dakota attacks on settler towns had been driven by starvation and the devastating loss of indigenous land. However, the colonial response was imprisonment, execution, and forceful relocation of the Dakota, thus increasing the unjust victimization of the Dakota.

The non-imprisoned Dakota were banned from Minnesota by order of the U.S. Congress. These fleeing Dakota, including innocent women, children, and elders, were vulnerable to assault;  a twenty-five dollar bounty was offered to military scouts who would kill a Dakota and prove it with the cut scalp, and a seventy-five dollar bounty was offered to anyone outside the military service. Thus, the loss of the Dakotas’ homelands correlated to the losses of the Dakotas’ ability to self-sustain from natural resources, the Dakotas’ cultural practice of land-based traditions, and the Dakota lives that were taken by force.

Today, we mourn for these losses represented by the execution of the Dakota 38+2, and we use the Dakota 38 Memorial as a time of prayer to heal and reconcile for the health of our future generations. 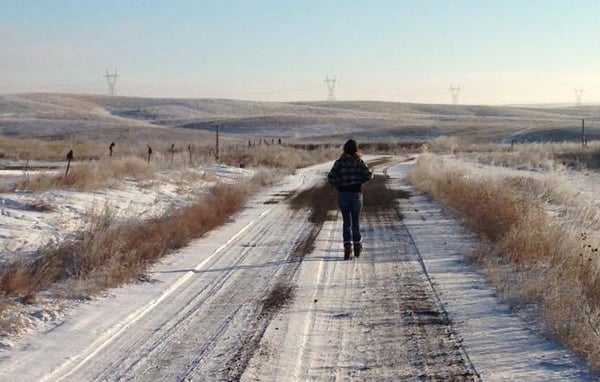 In seeking reconciliation, healing, and empowerment for Native American communities, I joined numerous Native American relatives to participate in the Dakota 38 Memorial. Between one to three mile stretches of the Memorial’s relay run I was able to interview Tynielle Ziegler, and following the relay run I interviewed Siskoduta and Wilfred Keeble about the opportunity for healing that the Dakota 38 Memorial offers to indigenous communities.

Tynielle Ziegler is a member of the Kul Wicasa Oyate [Lower Brule Sioux Tribe], and as a five-year resident of the Twin Cities, she actively engages in the Native American community in the Twin Cities area. She works with women and children at a shelter and empowers them to set goals. This past December marked Tynielle’s third year as a relay runner, supporter, and event organizer. This year she helped transport three other relay runners including me, and together, we distributed over one-hundred sweatshirts to Dakota 38 Memorial participants. Tynielle runs to remember the Dakota 38, and now to remember the late Art Owen, a Dakota spiritual leader who has assisted in the movement since its origin.

Siskoduta, a Native American instructor at the University of Minnesota, first became involved with the Dakota 38 Memorial at its origin in 2005. He shares Native history, traditions, language, and culture with his students and the Native American community of the Twin Cities. Since the Dakota 38 run is a ceremony, he told me that he focused his prayers during the event, and asks that future participants join wholeheartedly without distraction. In our interview, he spoke about the challenges of ceremony in this present day and explains how it is hard to maintain the sacredness of the ceremony with modern technologies present.

Phones and cameras can sidetrack the intentions of prayer, and it is important to remember life as the Dakota ancestors lived it—“a time of no phones, no electricity.” Siskoduta explains that this perspective teaches lessons of the Oceti Sakowin, in reference to the Seven Council fires or the Sioux, core values which include humility and prayer.

Wilfred Keeble, a personal friend of the memorial’s founder and a member of the Hunkpati Dakota [Crow Creek Sioux Tribe], seeks to share the benefits of the Dakota 38 Memorial stating, “The ride gives new direction, brings awareness, provides methods to promote health, and prevents suicide.”

Raising awareness of the Dakota history and its origins has become a passion for Wilfred. He is an educator at the Akta Lakota Museum for St. Joseph’s Indian School in Chamberlain, South Dakota; he shares about the value of Native American artifacts that live in our own backyards.

Reconciliation and healing are necessary for the health of our Native American communities. As generations of Native Americans have experienced genocide and assimilation, intergenerational trauma predisposes our people to high rates of impoverishment, diabetes, substance abuse, suicide, and victimization in human trafficking and domestic violence. As a descendent of relatives who overcame boarding school trauma, and as a survivor of domestic violence, I know the capacity we have to heal through trauma.

Understanding our history allows us to identify origins of intergenerational trauma. This includes the physical displacement, loss of natural resources, and assimilation of cultures that our ancestors experienced. Because the loss of land and culture have influenced intergenerational trauma, the restoration of our relationship with natural resources and indigenous values is necessary to heal. This is the healing I have undergone in building my relationships with family, living near my ancestral homelands as a member of the Kul Wicasa Oyate, and partaking in ceremonies such as the Dakota 38 Memorial.

We are able to bring awareness to the history our Oceti Sakowin ancestors endured through the Dakota 38 Memorial. As an opportunity for recognizing and healing historical trauma, this annual event has drawn in more participation and awareness each year. This has brought national attention to Native American history. Two of the only resolutions in the United States that acknowledge Native American history were passed by the city of Minneapolis/St. Paul in 2012. These resolutions apologize for Fort Snellings’ actions as a concentration camp and recognize the land theft of the Dakota.