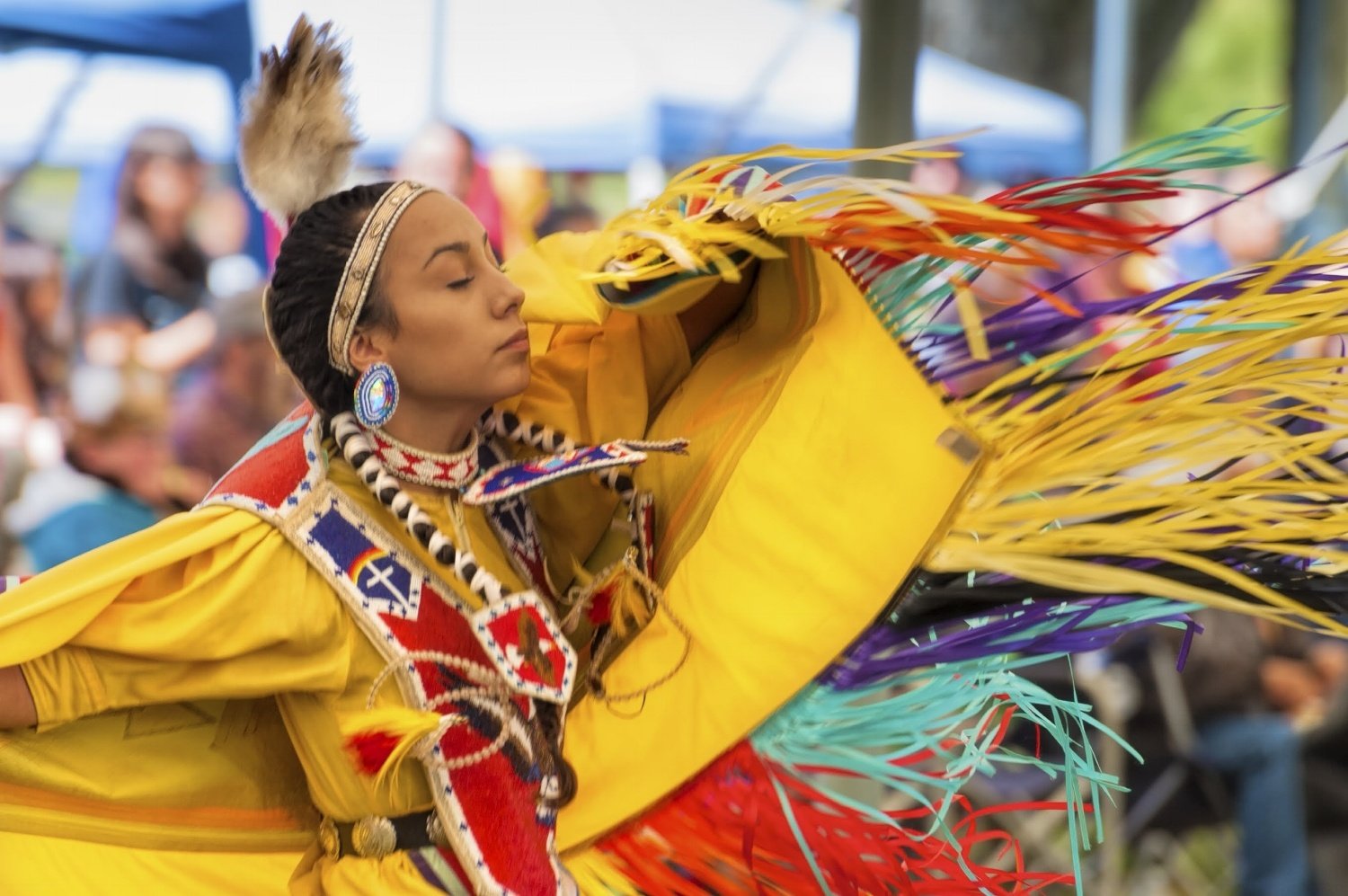 Strength, courage, and resilience have always been a part of who we are as Native peoples.

But many, many years ago, the Native way of life was disrupted and destroyed by European settlers. Native Americans were driven from their lands, forbidden to speak their languages or express their cultures. Diseases like smallpox and tuberculosis were introduced. In the Great Plains, herds of bison were hunted to near-extinction. Native men, women, and children were killed. Tribe was intentionally pitted against tribe, and the lack of Native unity made it easier for the settlers to take the lands.

Worst of all, they were taught to be ashamed of being Native.

What is historical trauma?

According to Dr. Maria Yellow Horse Brave Heart, historical trauma is the “cumulative emotional and psychological wounding over one’s lifetime and from generation to generation following loss of lives, land and vital aspects of culture.”

How historical trauma gets passed down

In part, these difficulties are symptoms of unresolved historical trauma. The concept of historical trauma attempts to convey “how the effects of collective injuries such as genocide and discrimination can linger for generations.”

Dr. Maria Yellow Horse Brave Heart is a Hunkpapa, Oglala Lakota and a professor at the University of New Mexico. She is the first person to develop the theory of historical unresolved grief and the first to describe historical trauma in such a rich and comprehensive way.

Brave Heart and other researchers' work on historical trauma suggests that even though these traumas happened long ago in history, they are lived out and experienced again and again in each subsequent generation.

In one study conducted in 2004, a group of researchers surveyed adult Native Americans who had children and developed something called the Historical Loss Scale.

Here’s what they found:

These participants were generations removed from many of the historical traumas that had been inflicted on the Native American people. However, 36% had daily thoughts about the loss of traditional language in their community and 34% experienced daily thoughts about the loss of culture. Additionally, 24% reported feeling angry regarding historical losses, and 49% provided they had disturbing thoughts related to these losses. Almost half (46%) of the participants had daily thoughts about alcohol dependency and its impact on their community. Further, 22% of the respondents indicated they felt discomfort with White people, and 35% were distrustful of the intentions of the dominant White culture due to the historical losses the Native American people had suffered. (Whitbeck et al., 2004)

As the results from this study suggest, daily thoughts about loss, stress, grief, discrimination, and cultural displacement are part of the lives of many Native Americans. Generations of Native Americans live under the shadow of history, and this causes enormous stress on the body and mind.

Why do we still talk about this old history? Does it do us any good to dwell on the past?

Are Native Americans just supposed to “move on”?

It is important to talk about historical trauma not so that we can be angry or so that we can become a people of victims—although both of these responses are legitimate in the face of the horrors Native people have experienced.

We talk about this history because we need to understand how this history of genocide and trauma is impacting Native communities today. Understanding this history allows us to see our grandparents and parents in the wounds that we carry.

When we grow in awareness of our behavior patterns, our family relationships, our mental attitudes and where they have come from, we have the chance to change and to help others change.

Today, when we choose to confront our hurt, to become aware of our patterns, to release the pain of our hurts, and to choose a better future for our children, we can rise up and transcend the cycles of trauma.

Native Hope is proud to stand alongside many brave Native individuals and communities who are confronting history, sharing their stories, and experiencing hope and healing. Subscribe to our blog to stay updated on stories of hope from Native communities. 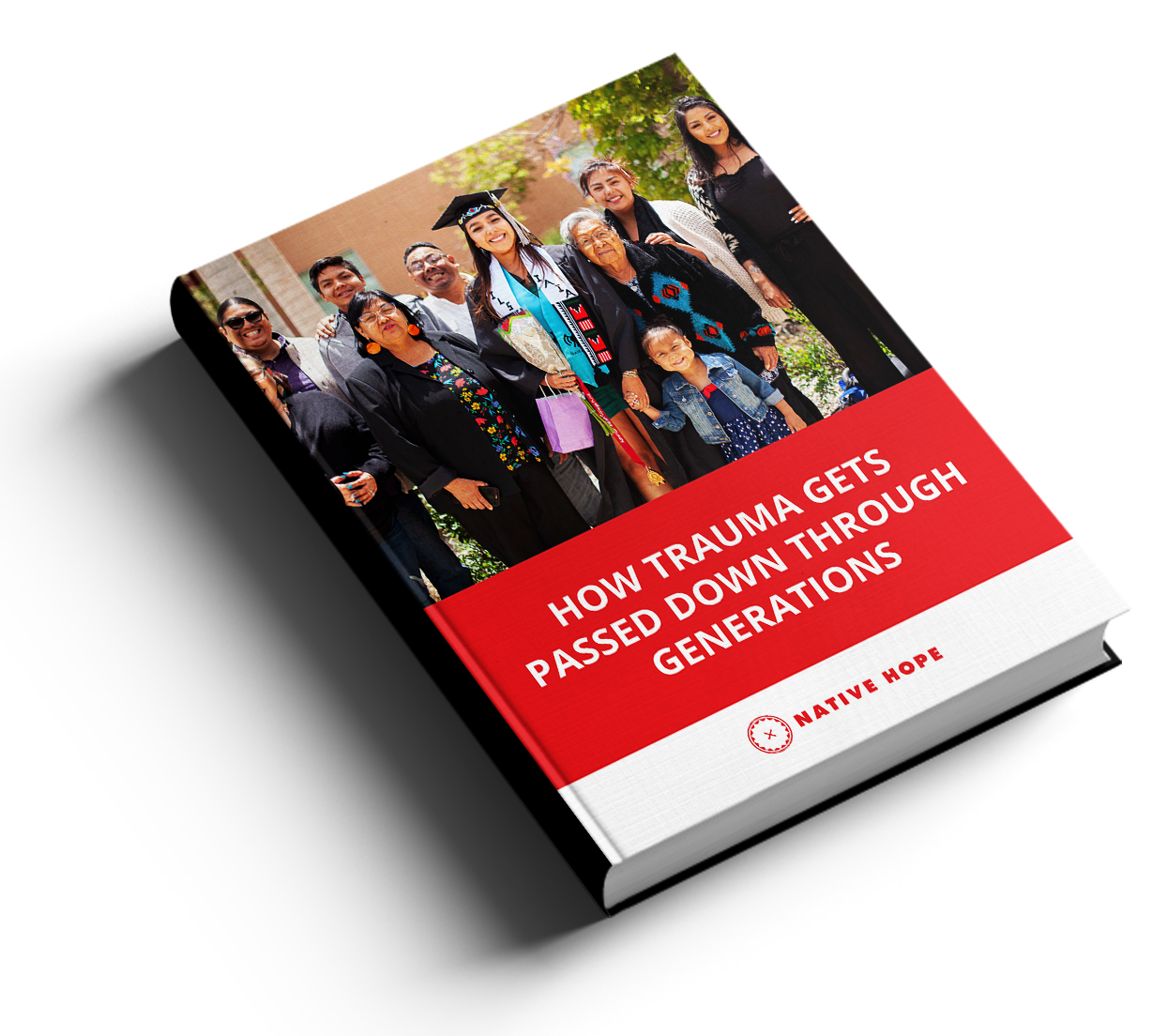 Learn More About Historical Trauma by Downloading Our Guide!

Next PostBreaking Barriers: Honoring the Children