Each of us has a unique story to tell. Our journeys are colored with varying experiences and upbringings, often shaped and molded by some aspect of our different cultures. For some of us, we have very little knowledge of our ancestry or heritage, while others of us grow up steeped in family history and tradition. For Brian Perry, his story is one of two worlds.

Brian, a friend of Native Hope, is a proud citizen of the Chickasaw Nation of Oklahoma. He is passionate about his Native heritage and his own unique pilgrimage of discovering his ancestral roots. Born in 1963, Brian spent his first thirty years growing up as a white Caucasian male in the suburbs of Dallas, Texas. Although he was aware of being a descendant of Native American ancestry, he states, “During that time in my life, it meant very little to me.” Then on September 9, 1993, a significant event would change his life forever.

Brian attended the funeral of his full-blooded Chickasaw grandmother. He recalls entering the small Indian Baptist church in Ada, Oklahoma, and being eagerly welcomed by several elderly Native women. As they each embraced him in a warm hug, they exclaimed, “You look just like your great-grandfather.” Brian bluntly states, “I had no clue who they were talking about.”

Brian’s third great-grandfather was Winchester Colbert, a three-term governor of the Chickasaw Nation, who lived from 1810-1880. Brian recalls, “When I first saw his picture in a history book, I got goosebumps. Our resemblance was remarkable.” He remembers pointedly, “This was the moment I began to identify myself as a Native American.” 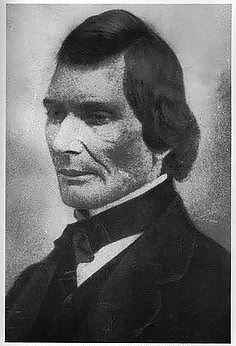 Brian began to delve deeper into his ancestor’s history and Native American history. Through his research, he discovered that he had survived the Great Removal, better known as the Trail of Tears. This was the forced removal of the Five Civilized Tribes: Chickasaw, Choctaw, Cherokee, Creek, and Seminole, which resulted in the deaths of over 6,000 people caused by exposure, disease, and starvation.

Connecting to his heritage

Brian began reflecting on what it would have been like to have the government decide one day to round up all the people of a certain race and march them over 1,200 miles—deporting them from their ancestral homelands to a land they had never seen before. As Brian reflected on this appalling event in history, he also found himself inspired by his people's resilient spirit stating, “My ancestors survived this tragic era in American history. And today, we thrive! Thankfully the Chickasaw Nation has prospered.”

Brian’s quest to learn more about the Native American culture that ran in his veins continued to pull at his heart, and he wasn't just interested in understanding his Chickasaw heritage. He shares, “So here I was, a Chickasaw living in Oklahoma, but for some reason I found myself drawn to the Lakota people. On my desk I had cut out and framed pictures of Lakota children. Then one day, out of the blue, I received an offer to come to South Dakota and work with a school that served Lakota children, right in the heart of Indian country.” He continues, “It was as if the Creator gave me a sign, and on August 1, 2010, I made the move to South Dakota.”

When Brian arrived in South Dakota to work with his Lakota Sioux brothers and sisters, he states, “I found a very different world than what I had known with the Chickasaw Nation. I took off my rose-colored glasses and replaced them with rez-colored glasses. The tragedies are real, but the people are resilient and humble. Some live in survival mode daily.” 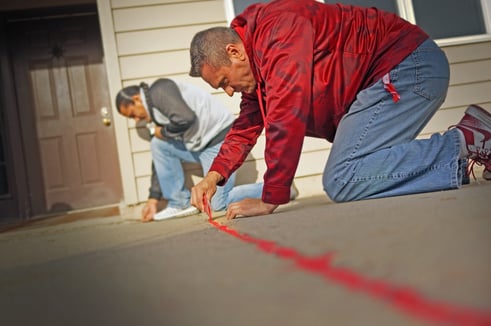 Over the last seven years, Brian feels that he has become one with the Lakota people. He explains, "Several families on the Lower Brule Reservation have even 'hunka’d' me into their families, which means they consider me to be Lakota in my heart and in my mind. And I am blessed to have three Lakota godchildren.”

Brian’s story is about one journey merging with two worlds. He shares, “Each day, I have one foot in the 'red world' and one in the 'white.' I applaud those Natives who walk the 'red road.' However, that is not my journey. I am at peace with my white upbringing and my later adaptation to Native culture, values, and understanding.” He continues by sharing, “Culture is not a place. It is a way of life, and since 1993, I have walked to the beat of my own drum—a beat that flows beautifully between two cultures and one destiny.”

Brian firmly believes that we can exist in a world where cultures intertwine and we can celebrate one another’s differences and complexities. He states, “Despite our differences, despite our battles, despite our wars, we still coexist on the same lands with many of the same shared beliefs. Our commonalities are greater than our 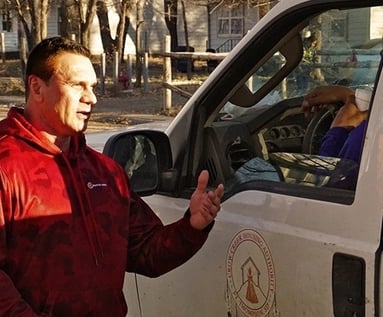 He passionately entreats, “Let us not dwell on yesterday’s injustices and broken treaties, so we can reap the rewards of tomorrow’s dreams and blessings from the Creator. We must replace bitterness with forgiveness. Replace lies with truths. Forgiveness of the past is the pathway to the future. Let us begin a new era in our stormy and storied relations. A new generation where dignity and hope is restored. A time of reconciliation and restoration of dreams. We must be resilient and strong. We must have courage and lead. Most importantly, we must stand united.”

As Brian looks to his future, he is excited to continue pursuing his passion and mission in life: “To empower and inspire Native youth to believe and achieve in their hopes and dreams for a better quality of life, and to bring greater awareness of Native American issues.”

Brian would like to invite you to join him on his journey to a new beginning for the next generation of leaders in Indian country. He believes that by working together, we can bring hope and change so that future generations—our children, our grandchildren, and our great-grandchildren—will have the opportunities that previous generations did not.

At Native Hope, we believe that hope should be a basic human right—that Native young people deserve to dream about what’s possible, just like every other American. To write the untold story of the future of Native America, it will take all of us. Together, we can restore the dignity and vitality of Native people and their culture.