Rally Together: Bringing Dignity to Women

On a beautiful sunny, Sunday afternoon, along the shores of the Missouri River and the rolling hills of the plains, “Dignity” stands, casting her peaceful gaze across the waters, overlooking Interstate 90 and the beautiful lands of  South Dakota. During the day, her star quilt twinkles from the sunlight and the blowing of the wind. At night, she stands shining bright and strong, her gaze will never break and her beauty – and message – will be celebrated for generations. Dignity represents the courage, perseverance and wisdom of the Lakota and Dakota culture in South Dakota.

Dale Lamphere, the artist behind the 50 foot statute, said, “My hope is that the sculpture might serve as a symbol of respect and promise for the future.”

With the future changing so rapidly, Native Hope wanted to echo Lamphere’s message of hope and promise, especially for the future of our women and children. 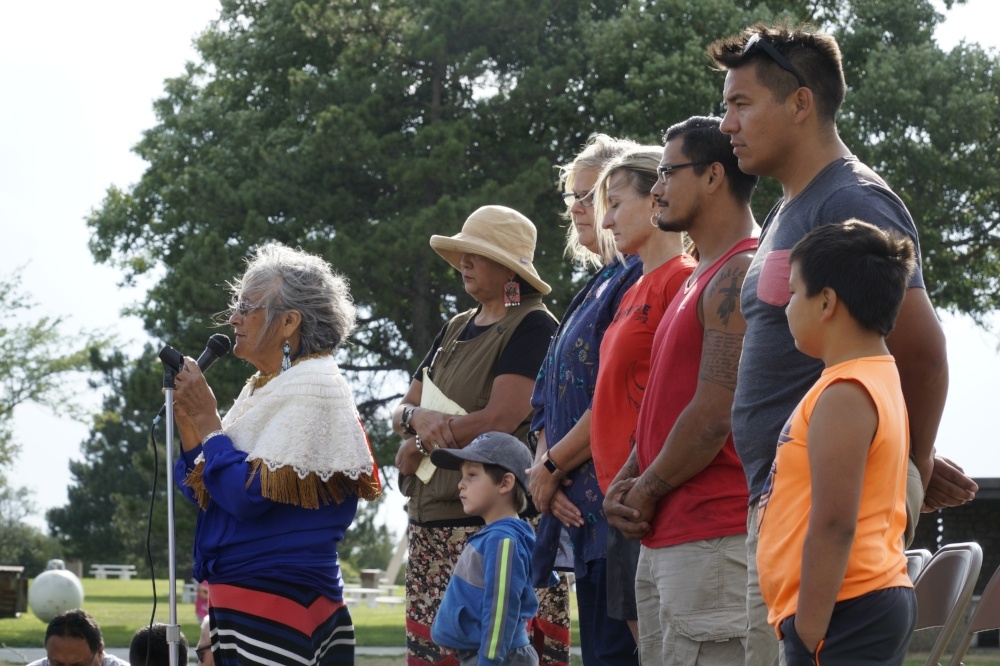 Trafficking victims are everywhere - in cities, suburbs, reservations and rural areas in all 50 states. There is no single profile for trafficking victims. It does not discriminate! While trafficking spans all demographics, traffickers target victims using tailored methods of recruitment and control by understanding certain circumstances or vulnerabilities such as poverty, emotional distress, childhood sexual abuse, isolation and many other social, environmental or mental issues. Many of these issues thrive on Indian Reservations.

In South Dakota, Call To Freedom, a non-profit dedicated to victims and survivors of sex trafficking, reports that 65% of the victims they serve are Native American women. Even more staggering is the fact that Native Americans make up only 14% of South Dakota’s population. 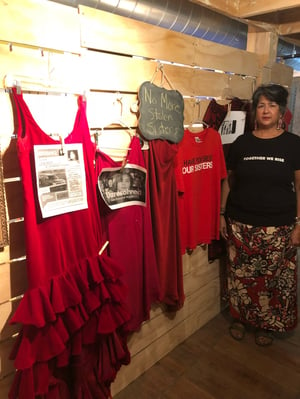 Red Ribbon Skirt Society Founder, Lily Mendoza said, “The event brought light to the problem facing indigenous women across the state and country. It was moving for all, especially for families that continue to grieve for their women that have been lost to this terrible tragedy. It was beautiful to see the support of Native and non-Native community members gifted to each other.”

Also, representing the Red Ribbon Skirt Society was Advocate Sunny Red Bear, a survivor that has overcame her trauma and now shares her story in hopes to heal other women going through this negative cycle of life.

Rallying Together: Working with Call to Freedom and Other Partners

The most important aspect of the entire event was the UNITY amongst various organizations across the state, standing in solidarity to #ProtectI90.

But that matters little in this story.

It’s what connects them that does.

The pair represents a growing number of men coming forward to support the work of Call to Freedom.

For Washnok, it all started with NPR broadcasts about human trafficking. Around that time, his aunt mentioned Call to Freedom. He promptly googled the organization, learned about the monthly luncheons, and decided to attend one. He’s been volunteering ever since.

In late July, Washnok served as an Ambassador, distributing informational posters and pass-along cards at rest areas, truck stops, convenience stores, and hotels along I-29 and I-90. Ahead of the Sturgis Motorcycle Rally, the materials gave tips to identify trafficking and ways to report it.

A resident of Brandon, Washnok was assigned the northeast portion of the Sioux Falls area where he found that folks were receptive to his visits.

“It isn’t hard for people to see how human trafficking affects everyone,” says Washnok. “I had hoped to take my daughter along to pass out posters, but it didn’t work out. Knowing how young most of the victims are, you can’t help but want your own kids to be informed.” 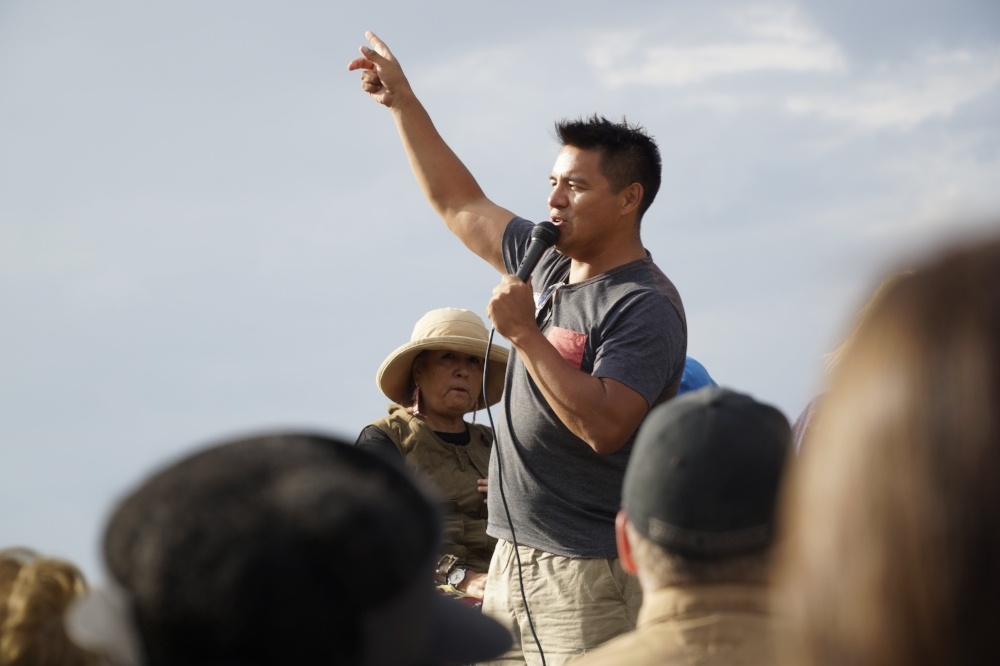 This was Call to Freedom’s first coordinated effort to spread awareness before a major event. Communities from Sioux City to Sioux Falls and Worthington, MN to Chamberlain were identified and canvased.

Kansas lives near Chamberlain. As a member of the Lower Brule Tribe and through his work with Native Hope — an organization that draws on the storytelling culture of Native people to dismantle barriers, bring healing, and inspire hope — he has seen firsthand the rise of human trafficking.

“My people don’t always believe it’s happening at the high rate that it is so there’s a lot we do to educate them,” says Kansas. “Native people struggle with poverty, suicide, and drug and alcohol abuse. They’re vulnerable — especially our women — so they’re more easily coerced.”

Like the work of CTF’s Ambassadors, the gathering was timed ahead of the opening of the Sturgis Motorcycle Rally on August 3. The evening unified native and non-native people in the fight against human trafficking and domestic violence and aimed to encourage men in particular to play an active role in protecting women from this crime.

“We need men to be involved,” says Kansas, who credits his grandma and adoptive mom for being the catalysts for his conviction. “Native or not, this issue doesn’t discriminate. It’s important that we champion the women in our lives and challenge other men to stand up, too.”

Washnok, also a husband and father, would agree. “Human trafficking affects everyone, especially once you learn how it comes about and the ways vulnerable people are targeted,” he says. “I believe that this is going to be a major issue for South Dakota so the sooner we get after it, the sooner the solution will come.”

Together we rise, together we can end it. Let's rally together to #ProtectI90 during the Sturgis Rally.

In The Field with Native Hope

The Science Behind the Healing Power of Storytelling