Native American Animals: the Bear (Mato) is a gift to Mother Earth and her people

Most Native American tribes revere the bear. Like the turtle, each tribe’s cultural view of the bear varies; however, at the core, the bear represents authority, good medicine, courage, and strength. The bear is said to be a healer and protector. Like a mother bear protects her young, it is said that leaders who possess bear medicine stand up for what is right and fight for what is good and true.

The black bear vs. the brown bear
While there are at least 8 species of bears, in North America the “American” black bear and brown bear [Grizzly] reign. The major difference between these bears is size. The black bear weighs between 200-600 lbs. and stands 5’-6’ tall. While called the “black” bear, the American bear varies in color depending on its habitat—they are found primarily in the forests of Western states, but they also live in Mexico and Canada. Like their relative the Grizzly bear, they are omnivores and eat almost anything, including garbage. Often people view the black bear as a docile animal, but “black bears are strong predators, and in some areas they…kill moose calves and deer fawns.” Every year black bear attacks on humans are reported, but these bears would rather avoid people. 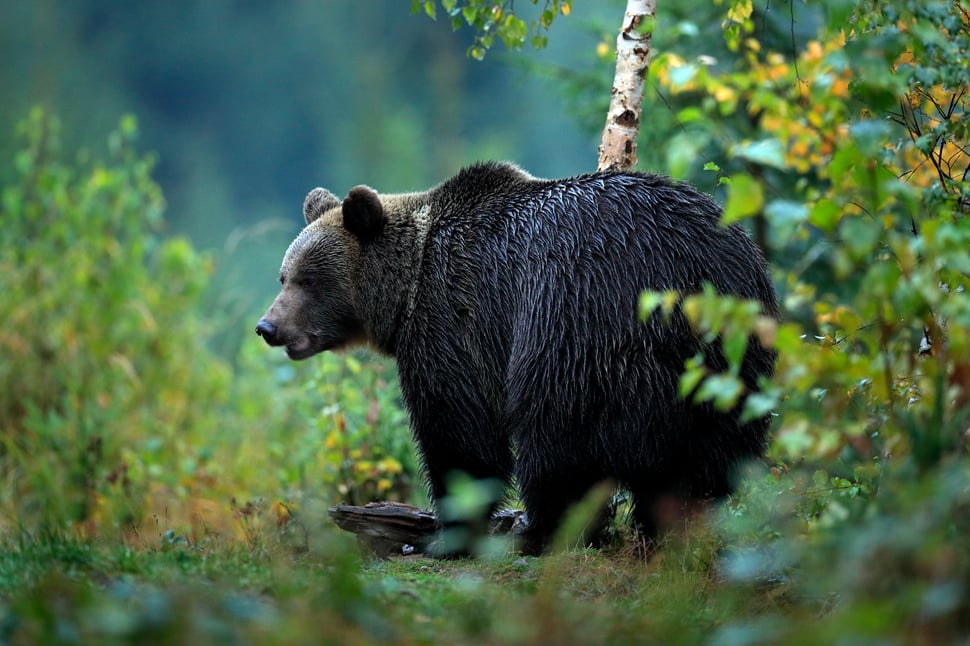 Brown [Grizzly] bears are enormous. Their average height is 8’ and their weight is nearly 900 lbs. Its cousin, the Kodiak bear—the largest land-living carnivore, stands 9’ tall and weighs three-quarters of a ton! The Kodiak bear only lives on the Alaskan Kodiak islands. The Grizzly and Kodiak are also omnivores. They eat berries, plant roots and shoots, rodents, and baby calves. Brown and black bears are also expert “fisherman” and can run at speeds up to 30 miles per hour. “Grizzlies remain numerous in Alaska and Canada, where they continue to be highly prized as big game. In the continental United States, however, fewer than 1,000 remain, and they are protected by law.” Like the black bear, Grizzlies try to avoid people, but if taken by surprise or if protecting a cub, they will attack.

The bear’s influence on Native people
The Grizzly bear originally roamed the Great Plains, living in forested and open areas of western North America. The presence of the Grizzly across the Plains spiritually connects them to Native American people—almost all tribes give the bear a prominent place in their cultures. Bears are symbols of wisdom: often featured as guardians, teachers, leaders, and healers in Native origin stories, myths, and legends. 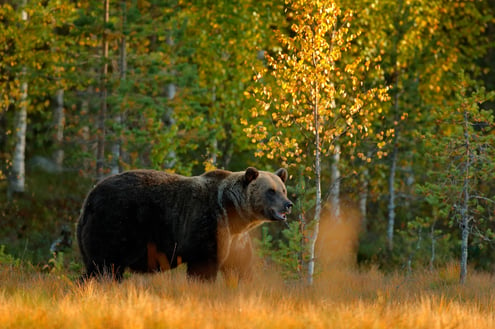 Known for their ability to keep fighting, even when they are wounded, bears are closely tied to healing and medicine. Many believed that bears were able to heal their own wounds. A bear claw might be worn on a necklace to protect a warrior and offer him strength. The claws are also included in medicine pouches to bring the power of healing.

The bear has its own clan just like turtle, wolf, and elk. Bear Clan members are known as healers and possess the knowledge of healing medicines: bitter root, bear root, flat cedar, sage, and much more. While each tribe has its own clan responsibilities, the bear’s significance as a healer and protector is central to most cultures.

Resilience of a bear
The bear symbol appears across Native American cultures and reminds Native people to protect their ways of life, to fight for what is right, and to restore balance in communities. The strength of the bear will bring healing.

Native Hope recognizes the extreme importance for cultural revitalization and preservation.
Join us in our effort to share the Untold Story of Native America.

Making miracles and providing hope for children and families