Before my earthly arrival, my grandmother, mother, and closest aunt were set in their unique passions. Being born into a life surrounded by strong female role models. I, like many Diné young women, grew alongside the nourishment held together by our timeless matrilineal structure.

For Diné people our clanship and individual identity is held into place by our mother, as each clan is descendant from our ancestral mothers only. Women and men inherit the clans of the mothers on both their maternal and paternal sides which total out into the four clans that make up the entirety of a person. For this important reason, I was raised to be very close to my mother’s sides of the family, and as a result, I was molded into the woman I am today as a creative in the arts of performance/theatre/film & media (as an actor, writer and host), an indigenous academic, and a relentless spirit with my own personal Indigenous story.

The strength of a woman molds a family

It all began with our family historian, my maternal grandmother, Emily McCabe-Allison. As the living matriarch of our family, she inherited the strong will of her mother, Alice Curley-McCabe. Having grown up in the desert reservation border town of Parker, Arizona, my grandma Emily set goals for herself that, for the time, were quite ambitious. 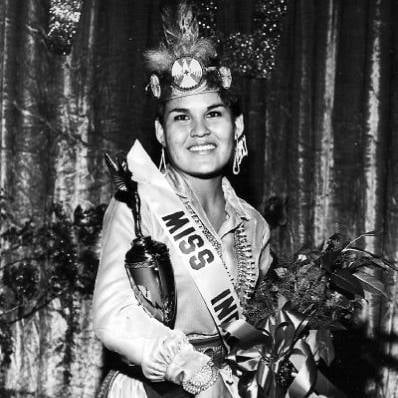 As a well-acknowledged beauty queen with distinct titles as Miss Colorado River Indian Tribes, Miss Indian Arizona, and Miss Indian BYU, she worked hard to get accepted into university. There were those who felt she was more fit for a vocation as a secretary, but those people were not aware of her fighting spirit and firm self-confidence. Defying the stereotypes placed upon her, she went onto university, graduated, and retired after a colorful career as a teacher at Nenahnezad Boarding School on the Navajo Nation. During her time as a teacher, she went above and beyond. She often solely organized dances, school pageants, talent shows, and performances.

Aside from her work and accomplishments, her roots as a pageant contender defined her life. I vividly recall the first few times I saw pictures of her from the 1960s. Immediately, I was taken by her striking looks, charming aura, and sharp physical presentation. My grandma has always carried herself with grace, style, and charisma. 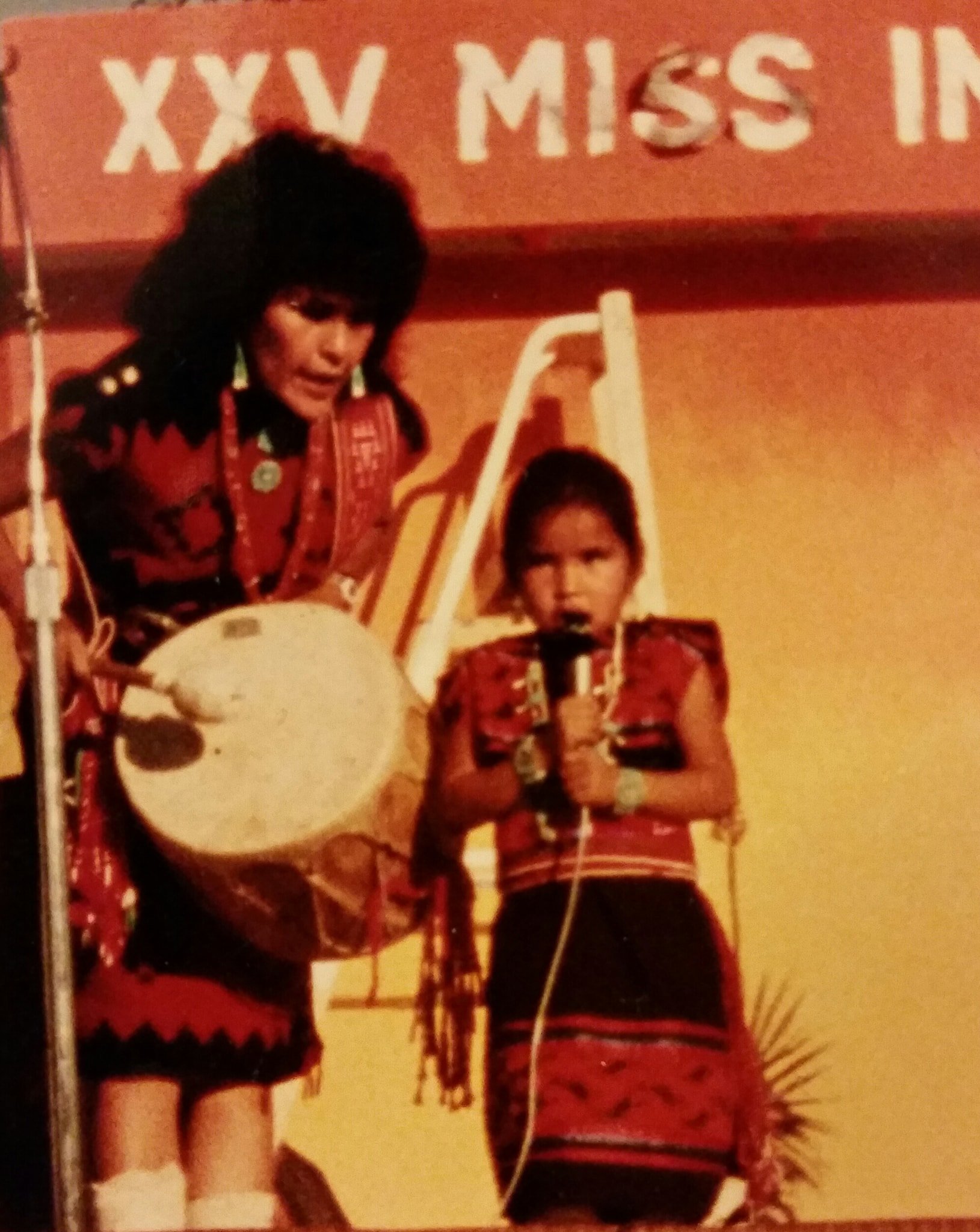 Raised on a farm, she and her many siblings were shaped to work hard. As the daughter of a traditional Diné singer and sandpainter, Franklin McCabe, she possessed a love for performance. She often soothed me right to sleep with song and her memories of her childhood swimming the river and eating cicadas.

Her animated ways existed in many forms; during her time as an undergraduate at Brigham Young University, she competed as a ballroom dancer and sang during any free time with a musician friend of hers, Stan Snake. Aside from the accounts of our family, she also was the family member who further shared the Diné oral tradition by telling us detailed stories of the coyote, the famous Navajo trickster. This she could do with the skills of the best storytellers: building suspense and vocally acting out each character. A story that still sits with me today is the story of the coyote and the deer—a reminder to be happy with what you have.

When I think of myself as a performance artist, I cannot help but see myself as a reflection of her. She paved this path for not only me but also for her five children. Carrying on the song and dance tradition, she is never afraid to hop on the stage, sing, and drum in our Navajo language. Because of her, I had my first stage debut as a slobbering one year old. She entered me into the Northern Navajo Nation Fair Baby Contest. She sang a song while I shook a rattle, for which I received a trophy that I still have to this day. Her example has demonstrated the necessary skills for success: courage, belief, intent, and service. 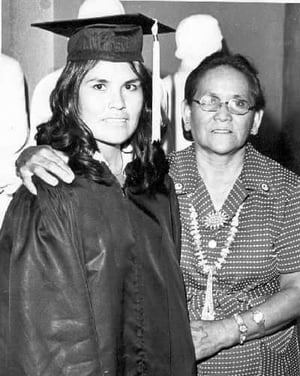 As I grew a little older, I spent a lot of time with my youngest aunt Deanna who was a small nine years older than I. She was a contracted child actor in a regional stage production called Miss Anasazi, and she often rehearsed her parts with me, serving as her audience. In a particular rehearsal, she acted out a crying scene, and I approached her with concern, exclaiming, “Don’t cry, what matter,” in my 2 year old voice. She stopped briefly and reassured me that she was not really crying but that she was merely acting. A voice recording exists of this specific interaction, and when I later got to hear it in my teens, I realized that theatre and character development were shown to me at an early age.

At this time, I was a committed community thespian and was cast in several theatre productions in junior high and high school. Over the years, my creative relationship with my aunt Deanna has grown. Because of her influence, I was able to expand my own voice and performance style with programs like the Lyric Opera San Diego (Broadway Jr. production of Seussical) and the Fox Studios American Indian Summer Institute (in partnership with National Geographic). These experiences have contributed to where I am today.

Recently, I worked as a host, writer, and line producer for the award-winning, Native Hope Podcast. Having also been cast in the Native Hope short film, Voices Unheard, I have learned a lot during my relationship with Native Hope. Gaining skills behind the camera and off, I have reasserted my long-term passion as an expressionary artist and storyteller. I am inspired to continue on as my beloved ancestors had in the telling of stories to pass along history, values, and life’s lessons to our current and future generations.

As an expressionary artist, I know myself to be a person of empathy and compassion, with a spirit solely suited for the creative realms. Like the women before me, it is my mission to make the most of my life, personal talents, and family obligations. It is beautiful to be a Diné woman, a clan bearer, and a living representation of the long blood line within me.

Native Hope celebrates mothers, grandmothers, aunties, and all women who provide
wisdom and guidance to the next generation.

Their influence as storytellers and role models is invaluable.

Celebrating the power of Native women and Native mothers