The Fire Within Her

For 28 days it burned. Swallowing cords of word, the flame became a member of the tribe, a confidant to prayers, and promise of renewal. It was fed by stories of hurt and despair. Day after day, the faces who came changed - except for one. Brandi Eastman Decoteau ignited the initial flame of the Sacred Fire in Sisseton on November 22, 2017. This flame of warmth and hope is relatively new to Brandi.

The story of Brandi’s youth is familiar. Being locked in back rooms secured with bungee cords while parents' drinking evolved into daily violence. Her parents eventually sobered up, but the tradition of chaos and violence did not disappear with the booze bottles. Brandi was still a teenager when her mother returned from treatment. In her absence, Brandi had taken on the role of parent. The return of a sober mother, ready to resume her role in the
family, resulted in a stand-off of wills. Brandi quit school and started on her own dark journey.

Adding fuel to the fire

Twice her life was threatened by men she did not know. She was stalked at her casino job. Another entered her bedroom with a weapon. This fear lead to using marijuana and alcohol to numb her PTSD.

Next came a heartbreak. “I didn’t want to feel. I didn’t want to live. I didn’t know it was going to take me to hell, but then again, I was already in hell,” Brandi confessed. She went to her sister’s looking for meth. It was a deliberate decision. She had crashed and was ready to burn. 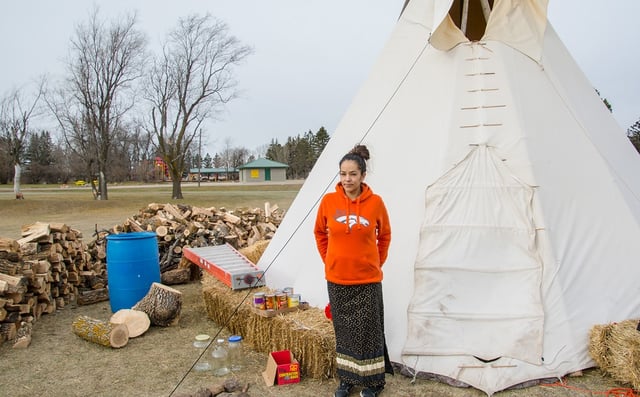 Within a month, Brandi was homeless. One at a time, she lost custody of all three of her children. Mirroring those moments of her youth were days of being held hostage and beaten. Stealing—cars to food—led to arrests. It was shooting up meth in a car across from the police station in Sioux Falls that landed Brandi her first felony offense.

Bonds, 24/7, treatment, felony escape, half-way houses, loaded needles were all things that came and went in Brandi’s first years of trying to find sobriety. That flame of addiction burned hot. “As addicts, feeling helpless is our biggest trigger; addicts want it and want it now. I was no different,” Brandi admitted. So, realities like a death of a grandparent or the attempted suicide of a brother stirred her cinders of hurt and helplessness. Again, she reached for meth.

During her jail time prior to court for further felonies, Brandi participated in Bible study. The day before her trial date, the study leader did not show. She felt at her most helpless and vulnerable. She waited, hoping someone would come and pray with her – for her. Realizing she was on her own, she opened the Bible. She read verses Mark 5:1-19. “When they came to Jesus, they saw the man who had been possessed by the legion of demons...As Jesus was getting into the boat, the man who had been demon-possessed begged to go with him. Jesus did not let him, but said, Go home to your own people and tell them how much the Lord has done for you, and how he has had mercy on you.’”

That was it. She was ready to rid herself of her demons and go home. It was time to snuff out that angry fire raging within and replace it with one radiating love.

During her first months of recovery in Sioux Falls, Brandi began volunteering. Specifically, she started to tell her story. From the stage at addiction conferences to high school classrooms, this quiet, Native woman began to find 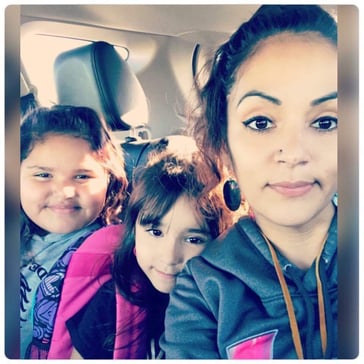 strength with her own voice. She continues to share her history and story of recovery to shine a light on the potential path of sobriety for others.

One by one, she regained custody of her children. Brandi shared, “My daughter was 4 when I left. When I finally had her ‘home’ again, she said, ‘Mommy, I couldn’t remember your face. It is so beautiful.” The love of her children and new husband motivates her; she works daily and diligently to live a life with a clear mind and an open heart.

Brandi is a beacon of light in her community of Sisseton. She began a support group that was all inclusive – not anonymous. Each Monday, Brandi opens the door to everyone: using addicts, recovering addicts, children, extended family, and friends. No one is turned away. They share a meal. They share their stories. They share encouragement. They share acceptance. They share hope.

The healing happening in these weekly meetings, sparked Brandi’s next idea – to start a Sacred Fire in Sisseton.
Brandi was inspired by the Sacred Fired Movement that found its first flicker in North Dakota’s Fort Berthold. The Sacred Fire is explained on social media as being “a gift from the Creator,” the flame is to there to devour those things that threaten the future generations of the Native Nation such as unhealthy lifestyles, addiction, and abuse.

The fire burns for 28 days, calling to the Indian country to unite as one in prayer. Brandi’s lighting of Sisseton’s
Sacred Fire was the 5th in the movement. Since then, these fires created to fight addiction have been lit on Pine Ridge, Rosebud, Eagle Butte and Standing Rock. It has also spread from the Dakotas to Oregon and Montana. 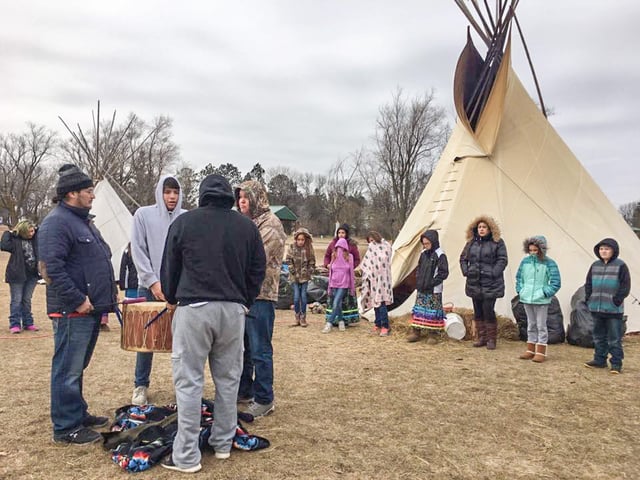 Every day, Brandi was there, keeping the fire lit, even during a blizzard. She has 28 days of stories of those drawn to the power of the flame. One woman agreed to go to treatment as she stood at the alter of the fire. Another woman, who gave up her baby son almost 20 years ago, came spiritually impoverished - empty. When she arrived, this grown son had also come to this burning temple with the elder woman who raised him. All three of them saw each other in the glow of the Sacred Fire. Together they stood in a silent incandescence of brokenness, love and
forgiveness.

There were too many stories of parents exhausted and heartbroken by the early deaths of their children. Tears could not drown out the flame. Instead, Mother Earth exhaled the fire and its warmth back into their hearts. The Sacred Fire was a literal baptism by fire; the rebirth was real.

It only takes a spark to keep a fire burning

Brandi extinguished the Sacred Fire on December 20th. “It was draining,” she confessed. “However, healing has to be done out loud. I saw people pray for the first time.” Brandi wakes each day with a match lit under her, searching for more ways to spark her community in healthy healing. She dreams of opening a safe house for women and children in Sisseton.

Furthermore, Brandi uses her social media to inspire and invite. Just recently, she posted a quote that reads, “She’s powerful. She’s a force capable of carrying out the work of her ancestors.” Brandi Eastman DeCoteau is powerful. She is a force. She is a phoenix who has risen from her ashes of addiction. She honors her ancestors and shines hope to this and future generations.

Native Hope exists to dismantle barriers and inspire hope for Native voices unheard. We invite you to join us on this journey of discovery and and unity.