A Portrait of Hope: Jaime

Imagine your belief system, identity, and family all being stripped away from you. Imagine an entire culture being traumatized and the effects of that trauma being carried over from generation to generation. For Native Americans, this is not a hypothetical situation, but a historical reality. Native Hope’s Ambassador, Jaime, is adding her voice to spread the message that healing and restoration are possible.

A member of the Standing Rock Tribe in South Dakota and North Dakota, Jaime is Hunkpapa Lakota, one of the seven bands from the South Dakota side of the tribe. Her family comes from Bullhead, SD, and her ancestors come from Sitting Bull's camp. With such a rich Native history, it’s hard to believe that she spent much of her first 25 years disconnected from her culture.

A struggle for identity

As the daughter of a Native American woman and a Caucasian man, she experienced the challenges of identity from an early age. Her mother’s struggle with alcoholism led to her parents separating when Jaime was just an infant. Her mom lost parental rights, and when Jaime’s dad remarried several years later, the stepmom adopted Jaime and her older brother. 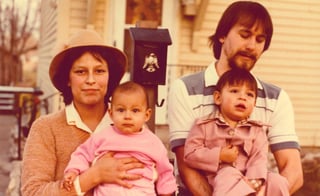 Jaime always knew she was adopted and that she was Native American, but being raised by two white parents caused a lot of questions and identity issues when she was young. She says, “I felt very disconnected from my Native roots growing up...I felt as though something was missing.” She was always curious about her birth mom, and she was constantly tormented by that one question: “Didn’t she love me enough?”

Unfortunately, Jaime’s issues with her identity would be even more damaged. As a young girl already struggling with self-esteem issues and insecurities, she was sexually abused by her dad’s close friend when she was 11 years old. She says, “I was never the same after that. Something inside of me died that night—I became filled with shame. I felt worthless, and I believed that there was now something wrong with me that could never be fixed.” 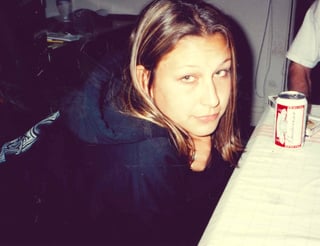 This horrific act of abuse began a downward spiral for Jaime that would affect her for years to come. By the time she was 14 years old she was drinking and smoking marijuana on a regular basis, and by the age of 15 she was addicted to meth. She recalls, “By the time I graduated high school, I was a full-blown drug addict who was shooting up meth and cocaine as often as I could.”

Immediately after graduation, Jaime moved to a bigger city with her drug dealer, who mentally and emotionally abused her and kept her isolated from her family. This destructive pattern of abusive relationships continued for a long time. She admits, “I just didn’t feel like I was good enough for the ‘good guys.’ I wasn’t worth more than that.”

Over the next five years, Jaime had two sons born 18 months apart. She struggled to balance her new responsibilities as a mother with her addictions. She says, “I continued to use meth and marijuana on a regular basis, putting myself in one horrible situation after another.” At times, she was homeless and unable to buy food. “My life was always in chaos and turmoil,” she adds, “but it became normal to me.”

Unfortunately, this became the “normal” lifestyle for her two young sons as well. Unable to properly care for her boys, she struggled to get her oldest son to school. She was out of work, unable to pay her bills, and suffering from drug-induced health problems. Everything was spiraling out of control. 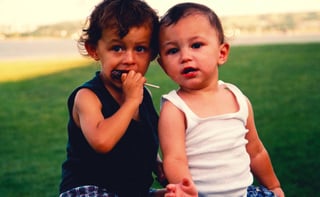 A blessing in disguise

On October 16, 2005, Jaime was given a blessing in disguise. Child Protective Services and a police officer came to her door to do a welfare check. The officer found a shoebox under her bed containing a large amount of meth. She was charged with two felony drug charges. Her boys were taken into protective custody, and she was taken to jail.

While there, Jaime found out she was pregnant with her third unplanned child. “I remember thinking that my life was over,” she recalls. “Now when I look back, I realize that is actually when my life began because that was that last time I ever abused any drug.”

She continues, “I always struggled with how my mother lost her kids due to her addiction, and here I was losing mine for the same reason. Wanting to keep my kids was my main motivation to get sober."

She got herself into a long-term treatment program, and from that point forward she was able to completely turn her life around. She says, “I finally became the mother I always knew I could be, and I broke the cycle.” Today, Jaime’s three sons are bright and respectful. “I have two teenagers who have never drank, done drugs, or even smoked a cigarette,” she proudly states.

In the past 11 years, Jaime has been able to reunite with her biological mother and reconnect with her Native American roots. She has also successfully completed both her bachelor’s and master’s degrees and has spent the past eight years working as a substance abuse counselor in Indian Country.

Jaime feels blessed with the opportunity to help Native Americans overcome their struggles with addiction and other issues. She firmly believes that part of her purpose is to help others find hope. She is passionate when she says, “My job is more than a job to me...it’s a way of life for me and what I believe I’ve been called to do. I have been through some traumas in my own life, have made poor choices in my own life, but all of that is part of the journey that led me to where I am today.”

Jaime is excited about her role as a Native Hope Ambassador. "I see a lot of our issues first hand: poverty, abuse, addiction. I want to help those struggling to see the healing that happens when they have support without condemnation.”

We would like to invite you to join our mission to promote hope and healing in Indian country. Right now, there are 86 families without a home on the Crow Creek Reservation. On this same reservation are 16 homes that were contaminated by meth that now sit empty and boarded up, awaiting funding and renovations to make the home livable.

This holiday season, we are partnering with the Crow Creek Tribal Housing Authority to renovate these homes and provide housing for homeless Native families. You can help fight the devastation of meth in Native communities by giving homes for the holidays.

Give the gift of a warm home to a struggling family for the holidays.

December Spotlight: Homes for the Holidays