The Voice of a Generation: Bobbi Jean Three Legs (Part 2)

With little response from the U.S. Army Corps Engineers, Bobbi Jean and the other runners grew eager to take more action, so they announced they would be running across the nation some 2,000 miles to gather signatures to stop the pipeline. She released a video on YouTube on July 9 asking for support and help along the route. (Read part one of Bobbi's journey here.)

On July 15, thirty runners left the Sacred Stone Camp. The run created so much awareness along the way that people from reservations and cities began loading up their cars, trucks, and trailers in order to haul donations and people to Standing Rock. Bobbi Jean and her crew were sparking a nation into action.

It was on July 26, 2016, that the U.S. Army Corps of Engineers approved the DAPL easements that would allow them to excavate Native American burial sites and drill under the Missouri River. This news did not deter the runners. In fact, they looked to make a splash in Washington, D.C., by joining forces with more Keystone XL fighters: Jordan Daniel and her best friend, Victoria.

With just two weeks' notice, the duo set out to host a Run for Water rally from the Hill to the U.S. Army Corps of Engineers’ headquarters. Daniel wanted an opportunity for youth and their supporters to peacefully rally to show “they mean business and they will be heard.” It was difficult to orchestrate, but two days before the Standing Rock Runners were to arrive in D.C., the U.S. Supreme Court granted permission for the group to convene on their steps.

It was welcome news to Jordan and Victoria. Next, they had to organize a police escort from the front of the U.S. Supreme Court (SCOTUS) to the U.S. Army Corps of Engineers’ headquarters (USACE)—this was the most stressful aspect as they were told they would have one police car, but at 10:00 a.m., ten police escorts showed up. 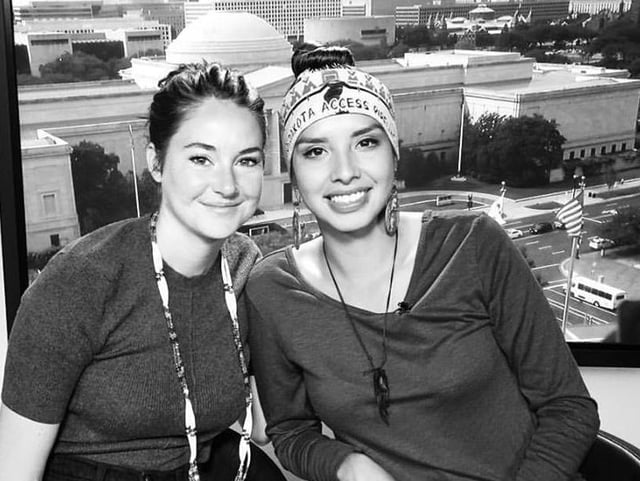 Bobbi Jean, Joseph White Eyes, Wikaya Eagleman, and the 27 other runners along with celebrity Shailene Woodley from the movie Divergent met Jordan Daniel and Victoria at the SCOTUS where they began the rally with prayer and song before they headed to the USACE.

Jordan and Victoria’s runners joined Bobbi Jean and the Standing Rock runners as they made their way down Constitution Ave. and eventually to G St. and the Army Corps of Engineers’ headquarters.

Once there, the group held a peaceful protest while passersby and USACE employees curiously looked on.

They sang and chanted, “Mni Wiconi; Water is Life. We Run for Our Brothers. We Run for Our Sisters….Can’t Drink Oil; Keep It in the Soil.” Later that day, the Standing Rock youth had a closed meeting with government officials.

Jordan shared in her blog, NativeinDC, about the day:

“The day was a success, and as we drove home, to get back to our work and rest, we were overwhelmed with emotions. Not only from the stress of planning, but we were so proud of the youth. They took matters into their own hands and standing up for what they believe in. I didn’t see them as youth; they presented themselves in such a humble manner and were mature throughout the whole thing, despite being physically exhausted from their running from North Dakota to DC. Every piece to the puzzle aligned and you could feel the solidarity, the support, the care, the passion, and the love.”

The next day, the group held another rally at Lafayette Square outside of the White House. In spite of the heat of the day, a large group gathered to make their presence known. Young men and women spoke about the importance of preserving their sacred resources. Fittingly, the day ended with the blessing of rain! Mni Wiconi!

While the runners were away in Washington D.C., Standing Rock quite literally became a “Gathering of Nations.” Many came because they had met, seen, or read about the youth’s run from Cannon Ball to D.C. It marked the first time that Oceti Sakowin (The People of the Seven Council Fires of the Sioux Nation) had come together for a cause in decades. At its height, the Cannon Ball gathering boasted 120 Native American tribes plus hundreds of non-Natives: elders, area farmers, environmentalists, teachers, reporters, activists, chiefs, and young people from around the country. Nearly 10,000 people occupied the area by late September 2016. 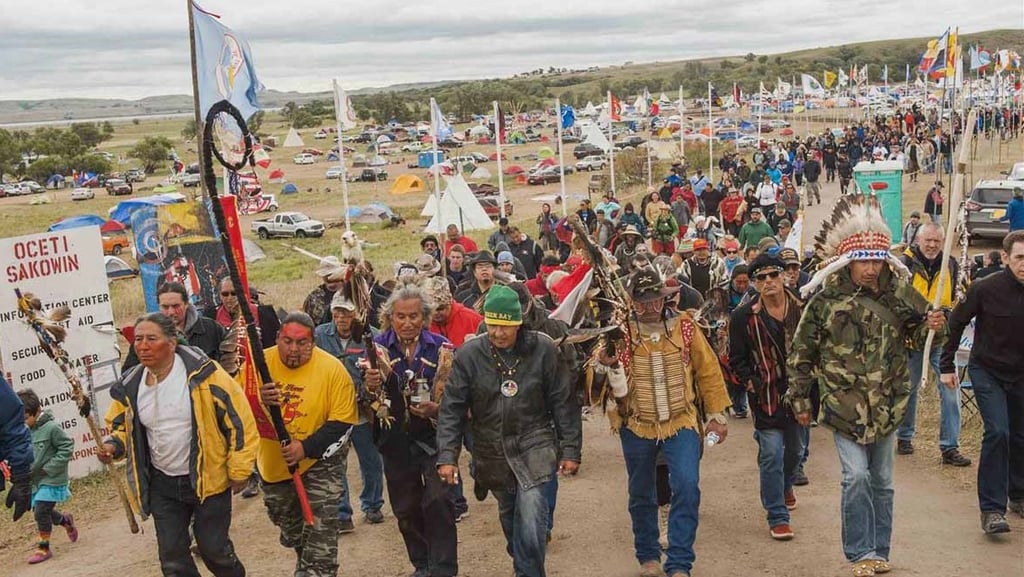 The youth had accomplished a goal and made their voice heard. On December 4, the Department of the Army denied the final easement to cross under Lake Oahe at Cannon Ball. It was done.

How does it feel?

Life has changed for Bobbi Jean. “I know that doing this opened a lot of minds and hearts, and it gave the younger generation a voice.” She shares, “The elders in my community are now my teachers because my grandparents are gone...I learned that I have to learn from anyone I can. I got to find this out on all the runs, just giving hugs.”

These hugs help Bobbi Jean understand the trauma her elders have been through, and she feels their appreciation in those embraces. Many grandmas and grandpas want to meet her and thank her for caring for them and Unči Makhá (Grandmother Earth).

A change of the guard

With the inauguration of President Trump came an executive order to resume the construction of the DAPL. Immediately, the U.S. Army Corps of Engineers issued the easement to the Energy Transfer Partners without conducting the environmental study, and the project resumed. Just like that.

Both the Cheyenne River and the Standing Rock Sioux Tribes filed a motion to issue a temporary restraining order to stop construction of the final section of the Dakota Access Pipeline, which will run under Lake Oahe, until the government fulfills its promise of an environmental impact study. This was rejected.

Rejection is something the Water Protectors are used to hearing. At this point, the few hundred left on the front lines are facing the same opposition they faced one year ago. They are waiting on Judge James Boasberg of the U.S. District Court in Washington, D.C., who according to the Associated Press, ruled "that as long as oil isn't flowing through the pipeline, there is no imminent harm to the Cheyenne River and Standing Rock Sioux tribes."

What the judge and the supporters of the DAPL do not understand is that the pipeline poses a threat to so much more than the water supply. The spot is sacred. End of discussion. Honor the wishes of those wanting to protect our resources and spiritual places so the next generation has a future. 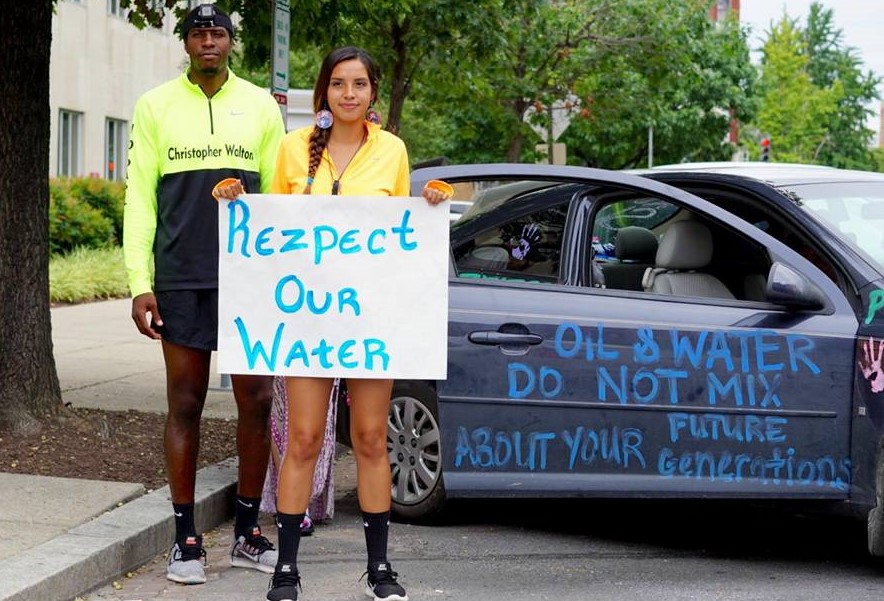 The Associated Press also reported, “Judge Boasberg said he would consider arguments more fully at another scheduled hearing on February 27, at which the Standing Rock Sioux Tribe will seek an injunction against the U.S. Army Corps of Engineers for granting the final easement.”

For Native Americans, their culture, spirituality, and identity are directly entrenched with their land. The earth is a living, breathing entity to cultivate and care for, so that future generations can continue to thrive long after we are gone. As Wanbli Chea states, “We’re still here. Who we are is still home to this land, and we’re still going to own up to who we’re called to be. We’re the caregivers of this land, and we care for Mother Earth.”

At Native Hope, we believe in honoring American Indians and their culture with a message of hope and dignity.