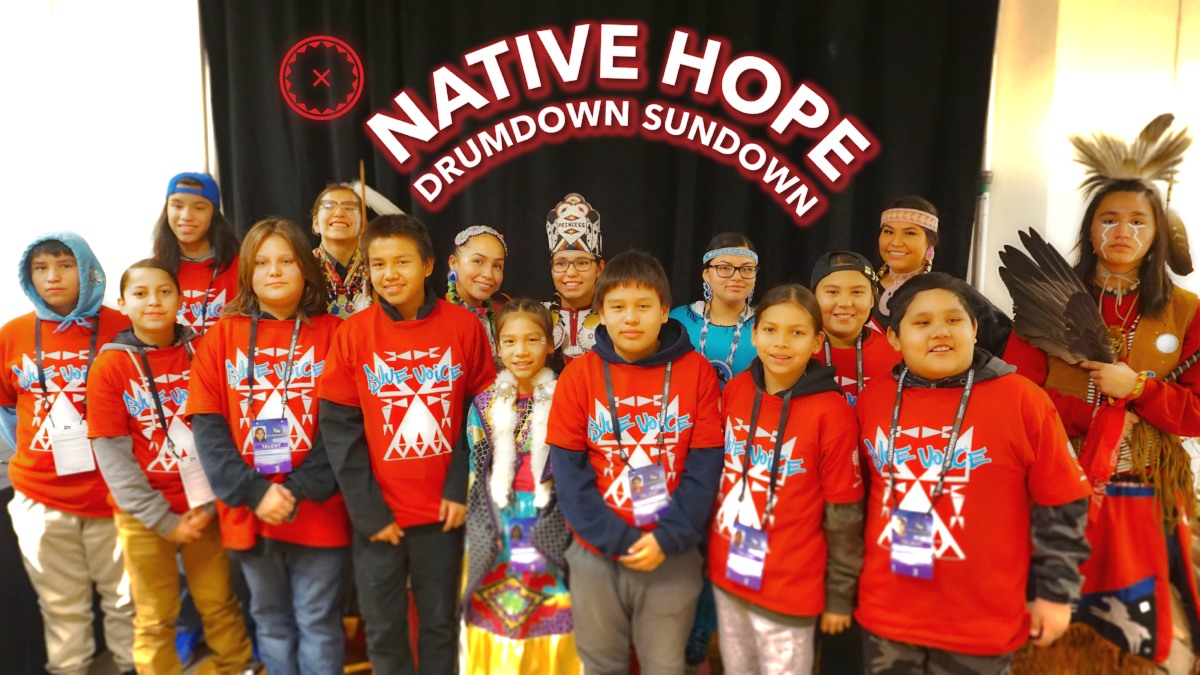 On January 29 and 30, Native Hope Leaders’ Society and Blue Voice Drum Group from Marty Indian School traveled to Minneapolis, Minnesota, to perform at the first ever “Drum Down, Sun Down” event during the Super Bowl Live Fan Festival. The Super Bowl Committee and the Minnesota Supreme Court sponsored the event to honor Native American Culture: past, present, and future. This event was the first of its kind and was organized in Minnesota because of the rich Native American Culture associated within Minnesota and its surrounding states.

The conditions in which the group performed were far from perfect. It was cold, windy, and damp—a typical winter day in Minnesota. The singers and dancers endured the elements of nature knowing their sacrifice was for their Oyate, the people. The drum down to sun down commenced at 5:05 until the Sun set, some twenty minutes later. In the Lakota way, the performers danced and sang for health and wellness, for prayers to be heard, and for the honor of their Ancestors.

This trip was a success and an experience the group will cherish. It enhanced their understanding of the opportunities the world has to offer.

Onlookers were engaged in the performance, snapping pictures and capturing video. Native Hope Leaders’ Society and the Blue Voice Drum Group were honored to be the only participants to showcase their talents two nights.

“Native Hope was pinpointed as being a unified group that was polite, respectful, and engaged when performing—they truly ‘hit it out of the park,’” remarked Anne K. McKeig, Associate Supreme Court Justice and event organizer.

This would not have been possible without supporters like you. Together, we can dismantle barriers and inspire hope for Native voices unheard. Give hope and change to the next generation of Native Americans.

Previous PostSeizing Opportunities to Educate Others