Whenever the winter wind began to howl on a cold night on the plateau above the Makizita Wakpa—now known as the Little White River—my boyish apprehension was always diminished, for it was on long winter nights when one or both of my grandparents told ohunkakan—the stories of the ancestors. The winter wind was powerless against those stories. 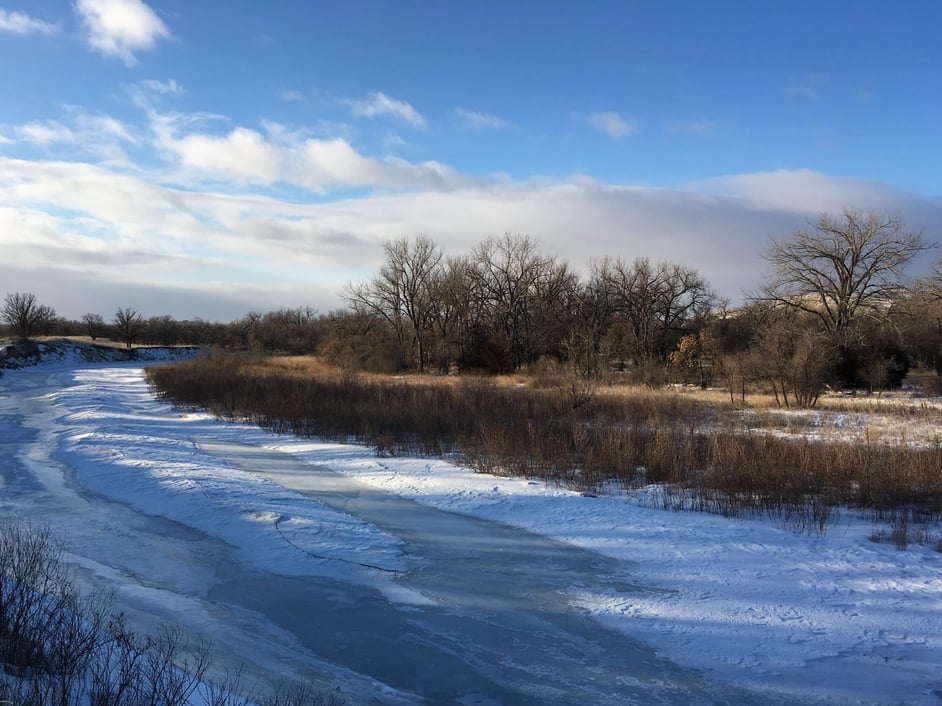 We lived in a snug one-room log house on the prairie. The pot-bellied stove in the middle of the house kept us warm even on the coldest of nights, and my grandparents’ stories did the same for our spirits. Winter was the time for stories, my grandparents said often. In the old days, before reservations, our people still lived in the conical 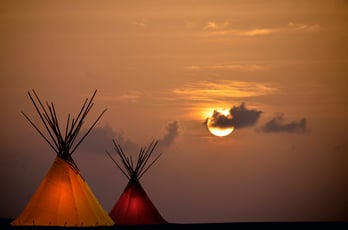 lodges, or tipi. When the nights turned cold the lodges were heated by the deep bed of hardwood coals in the inside fire pit as they glowed reddish orange (contrary to movies and books there were no high burning fires inside the lodge). Winter evenings were the time for families to be together, and it was the ideal setting for grandparents to tell stories, and the younger members of the family were always eager listeners.

Except for the setting, there was little difference between winter evenings inside a Lakota tipi in the pre-reservation days and our log house in the 1950s. There was warmth, an eager listener, and wonderful, patient storytellers. And like generations of Lakota children before me, I often struggled to stay awake as the stories as the stories flowed through the long evening and into the late night. Looking back on that happy time in my life, I realized that the same was happening in many Lakota homes scattered across the reservations in what had become the state of South Dakota. Of course, winter nights were not the only times stories were told; that happened anytime people gathered for any reason—from meals to digging turnips—or when an elder had something to say or teach. lowed through the long evening and into the late night. 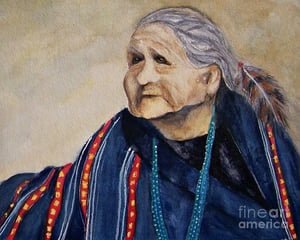 It is very likely that my generation was the last to hear stories exclusively in Lakota. All of my grandparents told me stories in Lakota; my parents not so much, though they were both fluent Lakota speakers. The predominant language in my maternal grandparents’ home—they raised me from infancy—was Lakota, by about 99.9 per cent. The conversations between them, with me, and with friends and relatives who came to our house were in Lakota. English was heard for only fifteen minutes most evenings on a newscast from a radio station and on the rare occasion that a wasicu (white) person stopped by. Our three horses and a few dogs and cats heard only Lakota as well.

Stories ranged from family history to Iktomi the Trickster. Some were more involved than others, of course, but when told by an accomplished storyteller (and I can’t remember any who were not), they evoked images, sights, sounds, and smells and not to mention astonishment, happiness, and sadness. They were entertainment for anyone who heard and for young people they were also informational and instructional. My favorite stories were of great- and great-great-grandparents, and given our extended family there were many of those.

I can say without the slightest hesitation that all of those stories did for me what Lakota stories did for countless generations of Lakota children before me—forming identity. Some of the stories were about ordinary people who faced life everyday and/or did extraordinary things. Some were sad, such as my grandmother’s story about her younger sister who died of Spanish Influenza in 1919. She wept each time she told the story, and so did I because I could tell she still loved her sister. It still brings a tear whenever I think of it, but it also connects me to someone I never met but who is a part of whom I am nonetheless—a grandmother named Emma who did not live past the age of nineteen. I came to know her because she lived in stories. 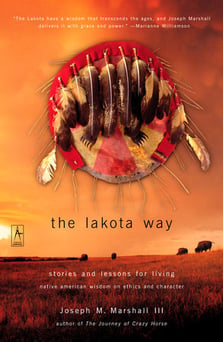 All of the stories were connected to the struggles and victories and the values and social norms and the strengths and weaknesses of Lakota people being very human. They taught me that my ancestors were not perfect, but they were strong, resilient, funny, caring, and compassionate. Those stories were the antidote to the labels such as “savages,” “pagans,” “heathens,” “dirty,” and “dumb” as well as others that were far more derogatory. Those stories obviously were my source of strength. They helped me to keep going through good times and bad.

The ohunkakan, stories, before the arrival of the Europeans and Euro-Americans were a critical mechanism for passing on Lakota culture from one generation to the next. They insured that children would grow up inculcated in the culture and at the core of that was forming identity. Before reservations every Lakota (and Dakota and Nakota) child reached adulthood knowing whom and what they were. But things changed. 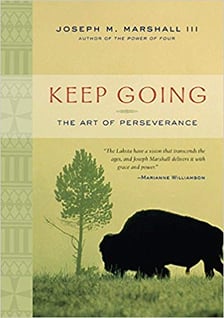 The government of the United States, aided and abetted by Christian missionaries, has done much to diminish and destroy much of our language and culture. Most of us Lakota (and Dakota and Nakota) today speak mostly English in our everyday lives, owing to generations of assimilation and acculturation. A sad consequence is that many of us have also lost connection to stories because we have not heard them or value them because of the influence of the mainstream culture. Some of the stories are still here preserved, to some extent, in writing, recorded in audio or video formats, or living in the memories of elders. They are not entirely lost or forgotten and hopefully they never will be because their purpose now is even more necessary—reviving our history and culture and connecting us individually to our sense of identity. Our stories now can and must heal us culturally and individually. 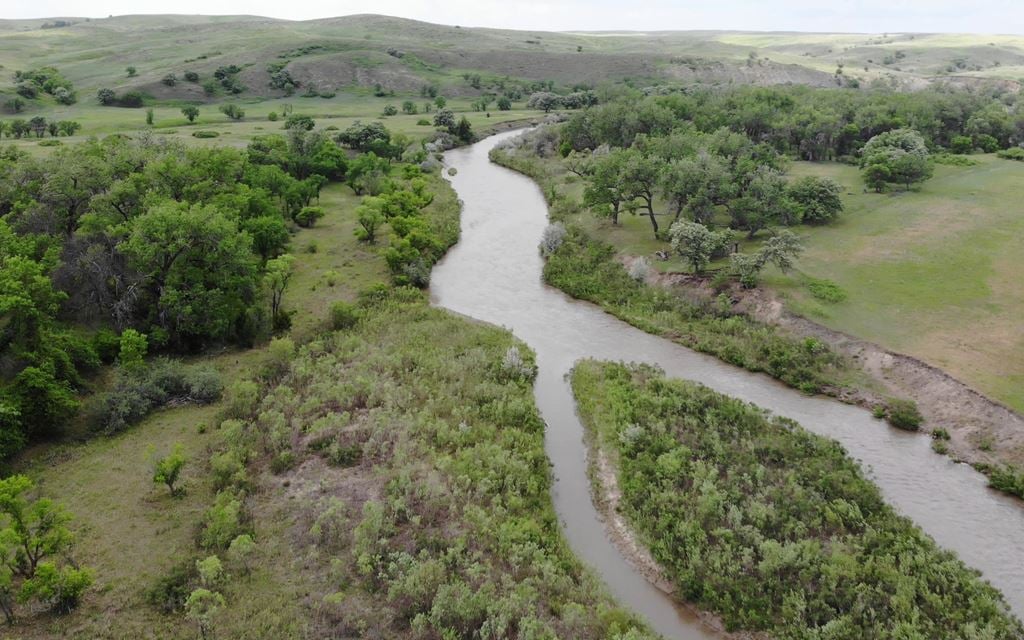 Because we are part of the mainstream culture, we experience many, if not all of the problems that exist within in it, such as alcoholism, drug abuse, domestic abuse, sexual abuse, suicides, dysfunctional families, disassociation with elders, and so on. Those problems were not part of our pre-reservation culture. We became weak when the mainstream culture was forced into our lives, and we have tried to solve those problems with Euro-American approaches, and we have not solved them. As far as I am concerned part of the answer, perhaps a substantial part, is in reconnecting to our Lakota culture—perhaps to the point of shedding the mainstream culture. Some would describe that as “decolonizing.” However, we label the process, it involves going back to the roots of who we are as Lakota, Dakota, and Nakota people, and that means listening to the old stories—before it’s too late. 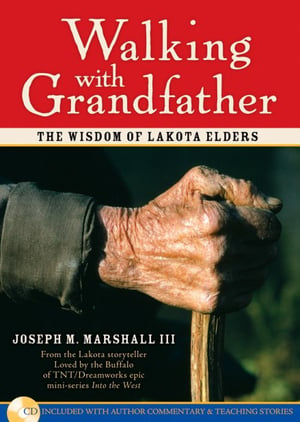 There are efforts now to revive the language through immersion classes and by Lakota speakers simply teaching anyone who wants to learn. A necessary part is also to go back to the stories and it does not matter, at this point, if we hear them in English. It matters more that we hear them.

Our stories, our ohunkakan, can heal us by reconnecting us to our culture. There are people such as Mary Louise Defender, a Hunkpapa, and Duane Hollow Horn Bear, a Sicangu, who are repositories of stories, and there are others less well known but nonetheless who know the stories. They are the new healers because they know the stories.

We must be willing to listen to them. That is how the healing begins. If stories can diminish a boy’s apprehension of winter winds, it is likely they can diminish the winds of change and help us to regain our identity as Lakota, Dakota, and Nakota people.

Want to learn more about the power of stories for healing, identity, and hope? Explore our guide, Understanding the Healing Power of Storytelling.