ABOUT THIS PODCAST: Viki Eagle, a member of the Sicangu Lakota Nation, is a photographic documentarian and the Director of Native American Community Partnerships at the University of Denver. By day, she works to aid and mentor incoming indigenous students in their pursuit of an undergraduate degree. However, during her off-time, she is devoted to her long-term project, Real Life Indian, where her focus is to showcase the true accounts of modern indigenous life. Inspired by her personal love for metal music and culture, she describes having felt alone in her gravitation to this genre, having grown up in an urban atmosphere. It was not long until she found other indigenous people like herself, primarily on the Navajo Nation, living their lives within the metal lifestyle, producing their own music, making it their own entirely. Drawing the connections to metal and the oral tradition, she sees Natives in metal as an example of “self-determination and an act of sovereignty.” The subjects she photographs are primarily self-taught musicians, and she is drawn to their willingness to create, defying the “obstacles and challenges on the reservation.” 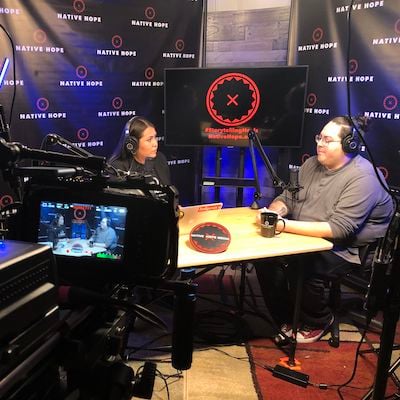